Edit:  Cardinal Rode was retired earlier this year at the age of 77. This untimely retirement raised some questions about the contiguity of the investigation of women religious and whether or not it would lose some of its rigor.  Unfortunately, there seems to have been some reason after all why the Cardinal was not allowed to finished his important task. We earlier said in January:


Yet despite saying what most people already know, and for no apparent reason, the investigation of women religious was rendered toothless when Cardinal Rode was retired from the position after rendering his own conclusion that the religious “simply acquiesced to the disappearance of religious life or at least of their community,” while others “have opted for ways that take them outside communion with Christ in the Catholic Church.”


The Cardinal is also a friend of Tradition.

An update on kreuz.net reads that the Cardinal is now demanding a paternity test to clear his name.  The tests will be conducted at an independent institute in Maribor, Slovenia.


"I denounce these statements that I have violated my priestly celibacy and had a son."

(kreuz.net)  The Emeritus Prefect of the Congregation for Religious  Franc Cardinal Rode (77) is said to be the alleged father of a 42 year old son.

This is being reported by the Slovenian daily 'Delo'. 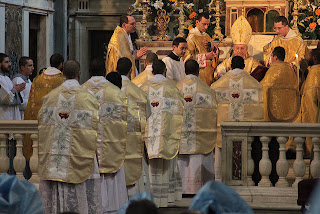 The child is allegedly the result of a relationship with the then 18 year old Tanja Breda.

The Cardinal was at that time a 35 year old theology professor in Ljubljana.

The relationship is supposed to have taken place in 1969.

The today sixty year old woman described a relationship with the Cardinal to journalists.

At the same time she explained, that she is not sure that her son Peter S. really came from him. 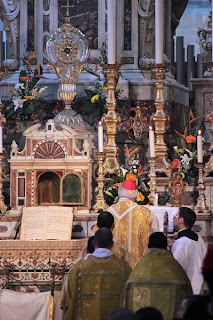 The woman is completely uncertain according to 'Delo":  "I don't know exactly if the Cardinal is the father of my son Peter, I can't recall exactly who the father is, although they both have the same nose and the same eyes."

Still during the pregnancy the little darling wandered to Germany.

It was there that her son came into the world in 1970.

Later she married a German who adopted the child.

A son searching for his father

The alleged son of the Cardinal lives today in a country in the Near East.

On the search for his father he had written several times to the Cardinal and also to the Vatican to ask for a dna-test.

Yet he received no answer.

Then he consulted a Slovenian attorney, in order to take legal action.

Categorically Denounced
Cardinal Rode has categorically denounced the accusations on a website of the Slovenian Bishops Conference.

"The article relies on voices and anonymous sources and is a serious attack on my name and my reputation."

He expressly declared:  "I denounce these assertions that I have violated my priestly celibacy and had a son."

The Cardinal explained that he had never received a request to establish paternity.

He had met Tanja Breda in the past, but never had a relationship with her.

In the beginning of May the Vatican suspended the Old Liberal Emeritus Archbishop Alojz Uran (67) of Ljubljana who was retired in November of 2009.

He is definitely the father of several children.

On the order of the Vatican, he left Slovenia and lives in the north Italian city of Trieste.