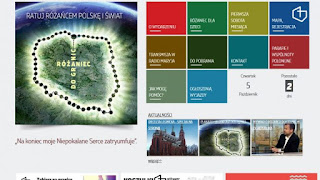 Our Lady of the Holy Rosary, Pray For Us!

Edit: this is also the 444th anniversary of the victory of Catholic forces over the Turk at Lepanto in 1571.
Then as now, the Church and the remnant of Christendom is under assault, but this time the foes within are as threatening as the enemies without.
Perhaps it is this virtual eclipse of the only Church founded by Jesus Christ, that His  power will manifest to us, for it is only through Him that we will be victorious.
Now is a good day for everyone to petition His Mother for the graces our leaders need to guide the Church.
Posted by Tancred at 7:57 AM 3 comments:

Feast of the Holy Rosary -- Lepanto 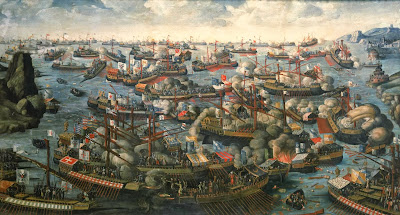 The Victory of Lepanto and The Feast of the Holy Rosary

[Wikipedia]The Battle of Lepanto took place on 7 October 1571 when a fleet of the Holy League, a coalition of southern European Catholic maritime states, decisively defeated the main fleet of the Ottoman Empire in five hours of fighting on the northern edge of the Gulf of Corinth, off western Greece. The Ottoman forces sailing westwards from their naval station in Lepanto (Turkish: İnebahtı; Greek: Ναύπακτος or Έπαχτος Naupaktos or Épahtos) met the Holy League forces, which had come from Messina.

With the unexpected but hoped for victory over the Turks, St. Pope Pius V commemorated God's gift by commemorating this as a feast.