Edit: remember when all those cucks in the Catholic blogosphere were bending over blackwards to bend a knee? It’s funny how those of us were calling a spade a spade back when this was ongoing and were reviled by lowlifes like drunken pothead Steve Skojec and the usual assortment of professional psychoanalysts and virtue signaling types,  remember Vox Cantoris?

Now a black billionaire says it and it’s relevant.

Well, ok then!! Can we get some justice for the diverse team of law enforcement officials languishing in prison right now?

Some of Saint George Fentanyl’s holy family want to sue! 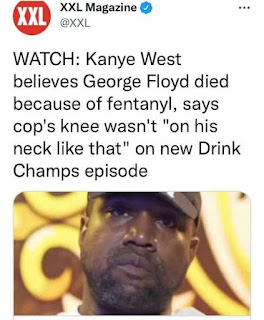 31:00 Steve pretends to be an expert on papal infallibility.

31:50  It happens on an abstract ontological level. Huh?

41:23  "It [China agreement news] matters but we're powerless to do anything to talk about it"

41:40  Catholics argue so much because they have no power. It's just little debates.

42:40 Talks about how much of a control freak he is. (Steve needs to be the zealous warrior!  He feels like he has some purpose, but at the end of the day, he doesn't know what he's done. Is Steve important?)

43:40 We've had bad popes in the past who were too busy with personal sin to engage doctrine.

44:30 Back to the Future movie reference

44:45  Biff Canon is the anti-Christ. It's the Apocalypse coming, but right now he can still order whiskey from his wife when she goes to the store..

47:10 Shills for shekels (Time for another drink)  It's tax deductable.

49:03 Zmirak was supposed to be on but it's vital now to cover Bergoglio!  Gets out deck of cards for interview questions.  What kind of animal are you?

50:00 Steve is a [gay] bear.  Honey Badger.  Randall would be more entertaining covering Catholic news.  Look, it's a Cardinal.... isn't he cute?

51:30  Steve recounts how he cut off the top of his ear.  He never learned his lesson, though, he's still screwing with people and making fun of them.

54:10 You're not responsible for the Pope's personal opinion.  Tries to explain Ex Cathedra.Things get "muddier" the lower you go.  Repeats the fairytale that there have been only two papally infallible statements in the Immaculate Conception and the Assumption.  Akshually, Steve, Unam Sanctam is infallible.

55:50  Even though the argument from authority is a logical fallacy (it's not), the Church uses it a lot!

56:20 Steve is complaining about how the authority of the Church has to be better defined. LOL

58:25  Steve trying to talk about the kind of assent required for various teachings.

1:03:15 Lashes out at Bishop Schneider who he met in 2015 before Steve made him well-known.  He's got mixed feelings about doing his part to restore the Church.

1:05:00 Steve talks about how he would never want his children to be priests.   Seminaries are a "hot mess", girl.  I don't want to send my kids there.  Clergy knows more than Steve, "I guess".

1:07:30  Waldensians had to sign a document saying that it was  possible to exercise capital punishment without comittting a mortal sin after they went off on their little heresy.

1:09:10  Bergoglio says the Death Penalty is an intrinsic evil.  It's a trojan horse to justify a host of things in opposition to constant Catholic teaching.

1:11:00 The constant teaching of the Church isn't helping us when it's hidden away. Cardinal Burke doesn't know how to stop Bergoglio. Holy Steve says the legitimate Magisterium can  be locked away in the basement where it won't do any good!

1:15:20  Talks about Bergoglio's omissions in the face of things attributed to him.

1:17:00 Reading comment from his relative and does his gay voice impersonation of James Martin SJ. "Mr. Sillly Pants"

1:21:54  People can't maintain their belief that the Church is what it claims to be.

1:22:28 Joseph Sciambra is really having a hard time, so pray for him.

1:22:41  Sciambra tries to help gays leave the gay life behind and he doesn't get support from the Church.  People get beaten down enough where they say, "I don't believe this any more."  "Why is all this stuff happening?" Sjokec quoting Sciambra,  "I have a hard time faulting these people for leaving."

1:24:00 Says it feels abused by the Church. It's abusive to say, "It doesn't matter how bad things are in the Church, you're not allowed to leave. It's the only path to salvation." Steve just doesn't see it.  He's begging you to understand from his point of view.

1:25:22  Steve wants to see more apologizing to people who are leaving.

1:26:03 Papal positivism and trashes Novus Ordo Watch and Where Peter Is as two sides of the same coin.

1:27:20 People are becoming Catholic inspite of the Church.  It's just Grace that brings people to the Church now, according to Steve.

1:27:37  Steve thinks the Church is ugly "trailer trash, strung out, moomoo wearing, lady with no teeth."  Steve is a snob too.

1:29:31  Skojec thinkw Sedevacantism or Benevacantism are totally absurd and expressions of the same principle, "don't listen to the Church, but listen to me."

1:38:00 It's up to you theologians, you Cardinals to condemn what's going on and take a risk.

1:40:15  Orthodox Christians will say the Church isn't true. We've been saying this for a long time. There are competing claims.  You've got to be able to say you make sure it's true

1:40:45  Someone's putting a gun to Steve's head to stay in the Church, but he has an inquisitive mind.

1:41:00 The only path forward is to ask questions and not put your heads down.  If you don't understand the ontology of the Church, you're just going to have resentment. Some people can put their heads down and accept it, but Steve can't.

Steve goes on about how there needs to be some kind of super document to counteract the Bergoglianism.