The Last Arab Christian Prince: "My Great Mission is Raise the Awareness of the West" 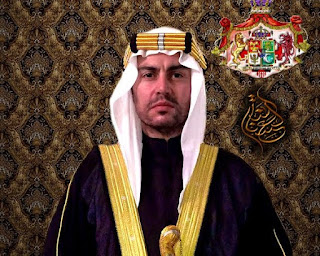 The Ghannasid dynasty has ruled a vast territory that included parts of present-day Saudi Arabia, Syria and Jordan. It was an allied Christian kingdom of the Byzantine Empire. Its importance was vital and contributed to progress to protect and promote trade.The dynasty was overthrown by the Muslims in the seventh century, although its descendants ruled kingdoms until the eighteenth century.
Currently, the heir and head of the royal house is Prince Gharios Gasánida and  Actuall  is confronting this great challenge: to protect millions of persecuted Christians in the areas in which his family ruled.
Read more »
Posted by Tancred at 11:30 AM 13 comments: