German Bishops Wallow in the Hysteria 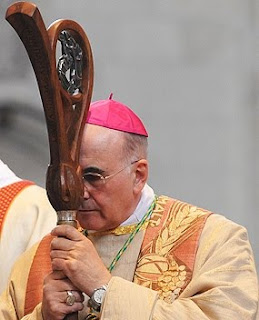 By The Associated Press (CP) – 7 hours ago

BERLIN — Germany's Roman Catholic bishops say they are "deeply ashamed" by the abuse of youth by clergy men and the church's failure to hold the perpetrators to account.

The country's bishops kneeled down in a symbolic gesture Monday and asked for God's forgiveness at the beginning of their annual spring meeting in the western city of Paderborn.

The head of the German Bishops Conference Robert Zollitsch said in his prayer that men of the church have abused youth and damaged their lives.