Eritrea Now Has Its Own Archeparchy from the Ethiopian Catholic Church

(Rome) In the dispute within the  Ethiopian Catholic Church  united with Rome, Pope Francis has intervened with the establishment of a separate Metropolitan Church of Eritrea. The construction of the new Archeparchy of Asmara separates the territories of the states Ethiopia and Eritrea by churches. Thus, the last overriding differences are to be overcome.
As the first Metropolitan of the Archeparchy, the Pope has newly appointed  Menghesteab Tesfamariam from the Comboni Religious Order.
Most of the Christians of Ethiopia and Eritrea are  of the Ethiopian Orthodox Church, which emerged from the Patriarchate of Alexandria and is therefore strongly influenced by Copticism. Evangelization in the Horn of Africa had already begun in the first century. The first Ethiopian Christian was already mentioned in Scripture.
In 1450   the first union with Rome took place  because of Muslim attempts at conquest. followed in 1603 with another union  by Emperor Asnaf Sagad II., but  ended with the fall of the Emperor in 1632. Only in the 19th century were lasting unions on a small scale  achieved, which were promoted during the Italian colonial rule from 1894 in Eritrea and from 1936 also in Ethiopia. In 1930  the establishment of the first Ethiopian Catholic Ordinariate was established.
Over the years, several dioceses  were originated. Now Pope Francis has divided the former ecclesiastical province of Addis Ababa by the establishment of a second ecclesiastical province of Eritrea with three suffragans. Its membership includes about six percent of the Eritrean population. The Ecclesiastical Province of Addis Ababa remain two suffragan dioceses. They contain less than one percent of the Ethiopian population.
Unlike Latin Metropolitans, the Uniates have far-reaching powers    within their area of jurisdiction.
Text: Giuseppe Nardi
image: Archeparchy of Asmara
Trans; Tancred vekron99@hotmail.com
Link to Katholisches...
AMDG
Posted by Tancred at 1:26 PM 1 comment: 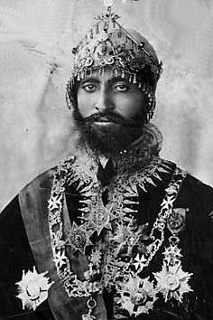 Now The Hate Will Fall Upon the Christians

Editor: while NPR and various news organs like the Crescent News Network and the Obama administration were celebrating the Arab Revolt, many others who were more aware of previous Arab uprisings were not so enthusiastic.

As the Coptic Pope has aligned himself against the Egyptian Pseudo-Revolution, all had joined the uproar about him. Now no one is apologizing to the man.


In Egypt, the tensions between Muslims and Christians are growing day to day. This was from the website 'unzensuriert.at' on March 13th.

After the fall of the old President, General Hosni Mubarak, the Egyptian Generals are concerned about power, not for the religious freedom of the Christians.

Their disposition has intensified the unrest tremendously.

Recently, soldiers have fired on monks.

In the last days there have been violent confrontations.

In Cairo thirteen people were killed and over 100 wounded when Copts were attacked at a sit down strike.

The reason for the strike: Muslims had destroyed homes of Christians and the Coptic Church of St. Mina and George in the distant village of Soul Atfif.

The soldiers who were called up for this fired upon the Christians and not the aggressing Moslems.

"From the Arabian upraising against despots there has arisen an Arab uprising of hate against religious minorities" - maintains the Free Assemblywoman of the Austrian National Parliament, Dr. Susanne Winter.

What is of particular concern for Frau Winter is the roll that the military government, supported by the USA, which fired on the Christian minority.

On the other side members of the Islamic underground organization "Islamic Jihad" have been set loose, who had assassinated the President Anwar el Sadat in 1981.

"It is all too understandable that many Copts have little euphiria for the future after the collapse of the government in Egypt because of this religious unrest -- said Frau Winter.

The provisional government has made no signals about religious freedom, rather they have fanned the distrust and conflicts beetween Christians and Muslims.

On the supposed "way to Democracy" in Egypt, the rights of all religious minorities must be recognized.

And in a related story, thousands of Africans are leaving Islam. Who can blame them, when things like these church burnings which happened recently in Ethiopia, happen?
Posted by Tancred at 2:43 AM No comments: