If Macron is Elected France is Over

Edit: this from Galliawatch and Salon Beige: 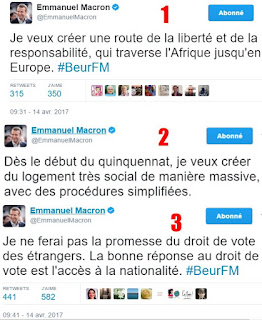 Three tweets from Emmanuel Macron on immigration, subsidized housing, and naturalization:
1 - I want to create a highway of freedom and responsibility that crosses Africa into Europe.

2 - From the beginning of my five-year mandate, I want to create very social housing on a massive scale using simplified procedures. 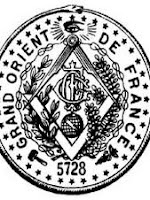 Link to original, katholisches...
Posted by Tancred at 9:53 PM No comments:

Editor: Ok, everyone, back in the polls and vote right this time.

Spain's ruling Socialists have been hit with defeat in municipal and regional elections, amid voter discontent over high unemployment and economic stagnation.

With almost all of the May 22 vote counted, results showed the opposition conservative Popular Party winning more than 37 percent of the overall vote, against nearly 28 percent for Prime Minister Jose Luis Rodriguez Zapatero's Socialists.

The results show the Popular Party heading to victory in the 13 regional government elections that were contested.

H/t: Pewsitter
Posted by Tancred at 3:22 PM No comments: