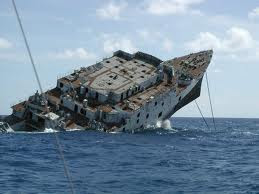 Edit: it's not just the large salaries drawn by Catholic Apologists on staff as reported by Michael Voris recently.  Actually, we were surprised that Raymond Arroyo was only compensated with 100,000 a year, as compared to say, Bill Donahue's 399,156, but it's striking that Catholic Answers are so well compensated as Professional Catholics, despite the fact that they do so much to attack those who have legitimate grievances against the way the Church is run. But what's really interesting is that Catholic Answers has cut wages as much as 25%. Could it be that they are still suffering from Pope Benedict's Summorum Pontificum of 2007, which really put a dent in their credibility, as they were fairly hostile as a whole to such a movement? Louis Verrecchio takes them to task:


In a CA blog post, (which you are invited to read in full there), one of their staff apologists, Michelle Arnold (pictured above), attempts to dismiss concerns that the recent decree contradicts the provisions set forth in Summorm Pontificum as nothing more than a “freak out in cyberspace” on the part of those whose “tendency is to treat every development that is not 100 percent positive in favor of Traditionalism as if the sky was falling.”

Of course, these Professional Catholics do come to the aid of their own, as Neocon Fr. Dwight Longenecker makes a simpering assault on Voris' recent attack. It's not necessarily the fact that they are well compensated, but that they are compensated so well for being mercenaries. Longenecker asks what's wrong with being a "Professional Catholic". Actually, the Pope himself explained the harm done by such mercenaries:

Vatican City, 8 May 2013 (VIS) – “The men and women of the Church who are careerists and social climbers, who 'use' people, the Church, their brothers and sisters—whom they should be serving—as a springboard for their own personal interests and ambitions … are doing great harm to the Church.” This is what Pope Francis asserted in his address to the participants in the plenary assembly of the International Union of Superiors General (UISG) whom he received in audience this morning.

The pontiff spoke to the sisters of obedience, poverty, and chastity: “Obedience as listening to God's will, in the interior motion of the Holy Spirit authenticated by the Church, accepting that obedience also passes through human mediations. … Poverty, which teaches solidarity, sharing, and charity and which is also expressed in a soberness and joy of the essential, to put us on guard against the material idols that obscure the true meaning of life. Poverty, which is learned with the humble, the poor, the sick, and all those who are at the existential margins of life. Theoretical poverty doesn't do anything. Poverty is learned by touching the flesh of the poor Christ in the humble, the poor, the sick, and in children.”