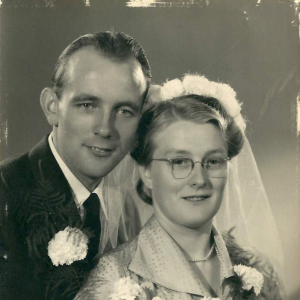 (Amsterdam) A disoriented world celebrates not life, but death. Of course with ulterior motives. In the Netherlands an eighty year old couple celebrated and danced  and then they killed themselves. Even in the land of the euthanasia the euthanizing of the couple was illegal. But a media campaign insists that no one will be prosecuted. After all, the children were delighted: "It was a great farewell." For  mother it was time "to go into the oven."
David Postma and Willemke Postma-Kloosterman organized a "farewell party". He was 86 years old, she 84 They gathered their four children at their home in the Netherlands, listened to music together, danced to and after they had said goodbye to the children, they killed themselves.

"It was fantastic, a great farewell," the children told the enthusiastic newspaper Algemeen Dagblad about the suicide of their parents. In the Netherlands, euthanasia is legal as active "assistance in dying," as well as the passive "euthanasia". The poison for suicide is, however, a prescription. The certifying physician must consider whether the applicant meets all the requirements prescribed by law. First and foremost, it means that he will be in the final stages of a terminal illness or have to suffer excruciating pain without prospect of improvement.
David and Willemke Postma met none of these criteria. The only complaints were some from old age. According to the Dutch newspaper they were only "restless" because of the idea, perhaps that sooner or later they would have to iive in a nursing home or a hospice. In other words, they made ​​the idea of death so frightening that they decided to kill themselves. They bought the lethal cocktail easily via the Internet. No one, however, had anything to say, neither the four children, all in their fifties, nor the twelve grandchildren. They were  limited, "to accompanying"  their parents and grandparents, as the Dagblad writes.

Police opened an investigation, but the Dutch media have launched a veritable campaign about it that no one should be held criminally responsible, because it was a "great farewell." Although the media doggedly spread the contrary, the last day of the Postma couple was not so "lucky". The parents received the children, "in pajamas". They did not even dress up. "Today there is no need to put on makeup," said the mother, because "it's time to go into the oven", in reference to the impending burning of their bodies in the crematorium.

The "joy" of the children about the suicide of parents  was recalled in the words of Cardinal Elio Sgreccia about the euthanasia law in Belgium that is just as valid for the Netherlands: "Europe has embarked on the road in the genocide car. What happens in Belgium, is the signal for a dramatic loss of humanity, a dramatic setback in the level of civilizational. A  "loss" and "regression" of civilization and humanity, about which responsible doctors have warned. The Medical Society of St. Luke in Belgium warns legislators who currently have to decide on an extension of the euthanasia law to children and the mentally ill: "Attention, the euthanasia law leads to the trivialization of death." But no one seems to listen to them.
Text: Giuseppe Nardi
image: Tempi
Trans: Tancred vekron99@hotmail.com
Link to Katholisches....
AMGD
Posted by Tancred at 7:05 AM 4 comments: