Asturia Will Forbid its Schools From Speaking of Christmas and Easter 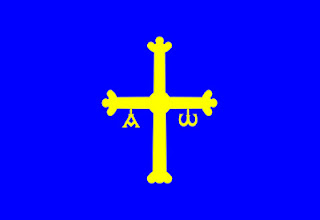 [Katholisches] The Principality of Asturias' Government is determined to actively participate in the extermination of the Christian culture of Spain. The current Minister of Education of the Regional Government, Doña Ana González Rodríguez, has prompted all state schools Asturias with a circular, to wipe the words known as "Holy Week" "Christmas" and "Easter" from the school calendar in Spain.

Ana González requires that the previous terms that are reminiscent of the Christian religion, are to be replaced by new terms that are "acceptable to all". Christmas should be replaced by expressions such as "Winter" and by Easter "holiday of the second trimester." Expressions that “recall the ingenuity and poetic vein of a block of wood,” said Tradition Catholica .

Since 2012, the Socialist Party (PSOE) is a minority government in Asturias. The principality on the Atlantic coast has been controlled in the past 30 years, almost continuously by the PSOE. Although the government does not have a majority in the regional parliament, the Ministry of Education will put its anti-Christian decision into effect. She contacted neither the relevant school authorities or their parents, and certainly not the Catholic Church.

The Spanish Observing Office for religion and freedom of conscience OLRC called the Asturian Minister to consider the feelings of the people and respect for traditions. The decision can only be "seen as an ironically brilliant idea of ​​Mrs. Gonzalez, with which she wants to forget the Christian roots of Spain," said Maria Garcia, spokeswoman OLRC.

The Socialist government is justified in hindsight that the decision was made to just "not to offend the sensibility." The sensibility of who asks the ORLC as "getting all of Christmas and Holy Week languages ​​and speak without effecting one's sensibility would have been injured." The OLRC urges the Minister to abandon their "secular aspirations" to suspend the decision to disclose their reasons for the decision and to seek dialogue with all stakeholders.

In Belgium, a ministerial circular has prescribed that the use of the word Easter and Easter holidays in a circular letter to the schools. The schools will continue to speak of "spring break". Also, the socialist government justified this by pointing to the secularity of the state, it should not violate the "sensitivity" of non-Christian immigrants. All Saints is to be called in future "Autumn Festival", the Christmas holidays are to be called "winter holiday" and even the carnival is too connected to Christianity for the Belgian Socialists, or at least too much connected with the local culture and identity. It becomes a “Relaxation Festival". From Flanders to Walloonia there is strong criticism for the new attempt to erase the Christian identity of Belgium.

Link to katholisches….
Posted by Tancred at 8:52 PM 5 comments: