What Does Pope Francis Think of the Council? -- Put Cardinal Sarah in Prison?

(Rome)  what does Pope Francis think of the Second Vatican Council? It was recently the topic at Il sismografo (The seismograph), an unofficial press review of  the Vatican Secretariat of State on the Internet. The "Seismograph" provokes "little earthquakes" wrote the Vatican expert Sandro Magister. The recent "earthquake" relates to "nothing less than the hermeneutics of the Second Vatican Council, as interpreted  and applied by   Pope Francis."

HERE YOU CAN ADVERTISE »
The people involved in the matter are:
Luis Badilla Morales, the chief editor of Il sismografo, a Chilean who "was a Minister of the Allende government and since 1973 in political exile in Europe" (Terred'America) and has worked for many years at Vatican Radio;
Massimo Faggioli, church historian and a leader of the progressive "School of Bologna" along with Giuseppe Alberigo, for whom  the  Second Vatican Council was a positive "break" and "new beginning" in the Church's history;
Agostino Marchetto is a Curial Archbishop, former diplomat and weighty critic of the "school of Bologna" - and longtime friend of Pope Francis. Marchetto is a representative of the "hermeneutic of continuity" within the understanding of Pope Benedict XVI.

Papal Consultor, Who Wants to Abolish the Pope -- False Ecumenism 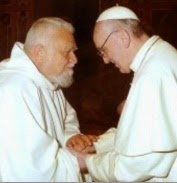 (Rome) The Pope seems not to know, but in the "ecumenical" Monastery of Bose (in the sense of Base Community), they are  already preparing his end. On the other hand, it is Francis who recently made  the "Prior"  of this  "monastic community"  a consultant for Christian Unity.  Bose was established as an ecumenical Base Monastery, in the sense of base community of laity by Enzo Bianchi. Although the religious 68er pilgrim has posed for various photos with John Paul II. and even to Benedict XVI., but did not miss an opportunity to engage in criticism of the German Pope. Sufficient space was left him in the Italian media. He found support even with Alberto Melloni, now head of the progessives in the "School of Bologna" and their network.
While Benedict XVI. and Enzo Bianchi remained at a  distance from other at a distance,   ​​Pope Francis made  the enterprising ecumenicist Consultor of the Pontifical Council for Promoting Christian Unity . Sandro Magister recently wrote an article about a "secret" ecumenical project of Enzo Bianchi and Alberto Melloni, which gathered a lot of attention. This project in the name of ecumenism provides nothing less than the abolition of the papacy, rather, its dissolution.
"The writings and speeches Enzo Bianchi has acted corrosively  for many years, not least because almost all are of the opinion that it is a young religious order at Bose. In reality, the community has never been canonically established, because it does not fulfill any necessary requirements. If Bianchi nevertheless,  calls himself a  Prior, appears in the Habit and a 'monastic community', 'monastery' and 'monks' are mentioned, this community still does not adhere to the laws of the Church, then there is at least a certain misnomer," says Chiesa e Postconcilio .
. The priest and philosopher, Monsignor Antonio Livi, founder of the International Science and Common Sense Association (ISCA), wrote of Bose: "Thanks to the not disinterested aid of the anti-Catholic media,  Enzo Bianchi has enhanced his reputation  very well to maintain his public image: if he is applies Catholics, Bianchi occurs as 'prophet', who fights for the Adventus of a new Christianity (a Christianity that must be modern, open, non-hierarchical, non-dogmatic and ultimately, not Catholic. "

For Enzo Bianchi, the Papacy is the Main Obstacle for Christian Unity 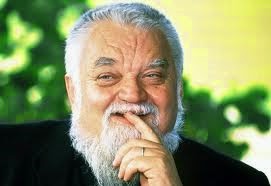 Enzo Bianchi, "Prior" of Bose

"The deconstruction of the papacy in its present form is an especially important concern of the Prior of Bose," said Don Nicola Bux the known liturgist and Consultor of the Congregation f the Faith and the Congregation of Divine Worship . Don Bux was also under Benedict XVI. the Consultor for the Office for the Liturgical Celebrations of the Pope, till Pope Francis dismissed the Consuls  en bloc.
Enzo Bianchi claims, says Bux, that there is no hope  for the Chrustianian unity of "large traditional churches", because their argument about papal primacy was the decisive obstacle to Christian unity.
"In the Gospel is written that the disciples began to argue among themselves at the question of who was the first. It seems to me that this conflict has continued in the Church's history and still is a central hub for the question of unity. It overlooks the fact that each tradition is limited and partisan and that only together can all go to the full truth," Bianchi wrote in 1999 in his book Ricominciare (new beginning, p 73f).

"In reality it was Jesus who chose  between the disciples in the pre-Easter debate   and confered the primacy of the Simon Cephas," said Don Bux.
Besides: Whoever is really Catholic knows that there are no "traditional churches", but only the one Church of Christ.  She is currently in the sealed apostolic tradition of Rome and is recognized by Christians, who organized independently in churches and communities in the first and second millennium.
Bianchi represents a relativistic variant of the unity of the Church. He does not say, but in fact represents the view of Jean-Marie Tillard, according to which the church is the sum of the "sister churches." To show the fallacy of this understanding,  the CDF under Prefect Cardinal Joseph Ratzinger  and the approbation of Pope John Paul II. explained in  note  published on 30 June in the Holy Year 2000 abut "sister churches" says  Bux.

Unfortunately, in certain publications and in the writings of some theologians involved in ecumenical dialogue, it has recently become common to use this expression to indicate the Catholic Church on the one hand and the Orthodox Church on the other, leading people to think that in fact the one Church of Christ does not exist, but may be re-established through the reconciliation of the two sister Churches. In addition, the same expression has been applied improperly by some to the relationship between the Catholic Church on the one hand, and the Anglican Communion and non-catholic ecclesial communities on the other. In this sense, a "theology of sister Churches" or an "ecclesiology of sister Churches" is spoken of, characterized by ambiguity and discontinuity with respect to the correct original meaning of the expression as found in the documents of the Magisterium.

And further:
In the strict sense are sister churches exclusively particular Churches (or part of church organizations, such as patriarchates or ecclesiastical provinces) among themselves. It must always remain clear, even when the expression sister churches is used in this sense correct that the universal one, holy, catholic and apostolic Church is not sister but mother to all the particular Churches.

Bianchi also represents a thesis, even more, he demands that the Pope has nothing to decide alone.  At the same time he wrote that the Pope has the power to "restore the church to  unity" (a new beginning, p 72f).
The ecumenical theologian Max Thurian described as follows, the ecumenical implications of the common creed of the Christian denominations:
"The visible unity of Christians can not be completed except in the recognition of the Eucharistic celebration and office of holy orders, which are in the structure of the Church, in the apostolic succession and communion with the Bishop of Rome. (...) For the Catholic Church, the fullness of apostolicity is the succession of bishops from the apostles and in their community thanks to the office of Peter, which is exercised by the Bishop of Rome "( Avvenire , June 29, 1997).

What Hinders, Must be Eliminated

For Enzo Bianchi recognition of papal primacy is quite the object of the real obstacle to the unity of the Church. And what prevents that must be eliminated.
"I do not know if Pope Francis knew all this when he appointed the Prior of Bose last July 22 as Consultor of the Ecumenical Congregation of the Holy See," said Don Bux.
The idea that Enzo Bianchi reflects  the "hermeneutics of rupture"  that central theme  of the multi volume council history Conciliorum oecumenicorum generaliumque Decreta is the "school of Bologna",  against which "there are reservations of doctrinal nature" according to the competent Vatican authorities.  This did not prevent the German Bishops' Conference from financing the German translation and thus to making it the official council interpretation for the German-speaking world.
Curia Archbishop Agostino Marchetto countered the "school of Bologna" at every available opportunity and refuted their arguments. Pope Francis has designated Marchetto  as "the best performer of the Second Vatican Council". But Enzo Bianchi he made the ecumenical Consultor. Certainly one of the numerous contradictions of the current pontificate. What really does  Pope Francis think about the Council?
Text: Giuseppe Nardi
image: Settimo Cielo
Trans: Tancred vekron99@hotmail.com
Link to Katholisches....
AMDG