Americanist Zmirak Comes Out of the Closet

Edit: he’s always been like this, but it’s just not always so apparent when he’s virtue signaling for the Talmud.

He’s a much bigger advocate for Jewish power than he ever was for Catholic truth, just another hanger on. 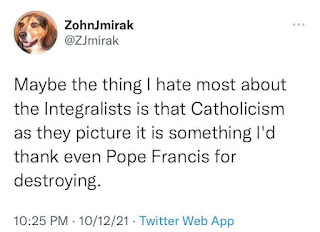 And Holy Steve chiming in and declaring an FSSP priest guilty along with Traditionalism at the same time.  How much longer before these betas follow Dreher? 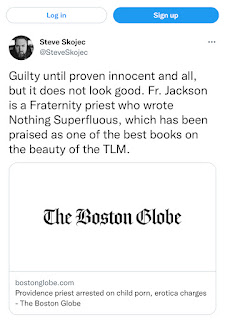 Skojec:
The fat boy on the playground whining all day about how everyone in so unfair to him, who never understands that the reason no one likes him is because he acts like a jerk.

Abu Dhabi should tell you where Francis is "driving the bus". Malachi Martin who died in 1999 prophesied exactly what the blueprint would be for a future Jesuit pontiff. Since he was a Jesuit, he knew the mentality. Since he read the Third Secret in the original Portuguese, he had the context as well.

I think Steve is speaking ironically. It's criticism of media and twitterverse.

No, he’s just ironic. Like Dreher, he’s a gatekeeper against vital, confessionalism. He’d rather we be ruled by baby killing talmudists.