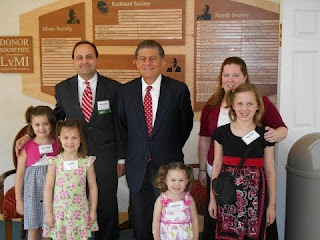 Really strange but yet interesting. How can there be a TLM marriage? Appears to me without knowing a lot that bisexuality is involved.

Judge Napolitano looks ridiculous since he started dying his hair.
Whitepages.com says Jenno is in her twenties.

After an annulment (a legitimate one, if you can find one of those,) a second or rather true marriage should never take place with any fanfare. A private ceremony in the rectory, as was done ages ago with a mixed marriage, would do just fine. But even on a good day the Church seems to have little sense.

"All happy families are alike; each unhappy family is unhappy in its own way." ― Leo Tolstoy

Divorce is a sad situation. I have no connection to Tom other than listening to some of his podcasts. My own view is that, as the father of 5 daughters, Tom would have been better off remaining single and just being the best dad he could be. However, I don't know all the details and will not comment on his choice to remarry.

As a Catholic from birth, I also won't comment on Tom's Catholicism or the implications of the divorce/annulment. However, the Catholic Church is so flawed in 2021 that I won't find fault with Tom over anything he's done.

I would recommend, however, that folks listen to this homily from Father Paul Scalia (son of the late Supreme Court justice) which touches on the issue of marriage and divorce:

Tell me moar about spps pederasty

Tell me moar about the spps pederasty defender

@Tancred
This is arguably your best work. From an optic perspective, I cannot believe how bad this looks for Tom. A big reason why so many Catholics fell for Libertarianism, was that so many arguments against it from a Catholic perspective were usually if not always from "The Left". EMJ broke thousands of people who identified with "The Right" with the belief that the market was somehow sacred. He simply named the Jew, and that was that.

Funny thing, from time to time you see these older men marry much younger women Friends/Family of the groom are often older, and the bride has all her young friends. It looks odd, but these men often have money and the women are very fit and attractive. This broad is just greasy fat--not a good look. Libertarians are often degenerates, god only knows what this couple is into.

You think Tom will respond? The last public spat you had was with Mark Shea, who is a real POS. Hopefully, you will soon write something on the teacher in St. Paul who was kicked out of two separate religious orders for his support of NAMBLA.

Can there be any more disgusting Libertarian than Fr. Sirico?
It's not surprising that he and Tom are close.

I wonder if Jeffrey Tucker is invited to the wedding?

I can't help but think he could do better

Some of your readers may not know this, but the Von Mises Institute has always had a rather odd assortment of "camps" within the organization. There seems to be three camps--two of these camps in many cases being members of both. These camps include: Rothbardian Jews, Neo-Confederates, and Trad Catholics. The Trad Catholics and Neo-Confederates often sharing members. Lew Rockwell and Jeffrey Tucker being two such examples.

Yes, I think it’s interesting that a lot of traditional Catholics move on from this degenerate POV once they find out who the actors are.

Thanks anon 521. I liked the post at Gamer Uprising a lot.

A lot of people are waking up to this degenerate political dead end.

Geez, imagine a faithful Catholic trying to square the circle with this insane Talmudry.

Within the broader libertarian movement, there was always a divide between renegade traditionalists of different Christian Sects. There were also a number of degenerate sorts, but both sides more or less tolerated each other. Of course, anything run by men in funny hats will eventually promote all things degenerate. IMHO one of the most telling moments in the broader libertarian movement, was when Nick "Fonzie" Gillespie made a video praising the likes of Allen Ginsberg as a libertarian hero. Don't believe it? Check it out.

EMJ has no actual economic views because he does not know what "economics" means.

Try criticizing Jews some time and tell me how free the market is. Lol

WTPP is wondering why Christian patriots in Christian libertarians do not stop with the band-aids? Let us form a coalition to once and for all address publicly the JQ and mobilize STate Militia to get rid of the Money Lenders like Spain and England did back in the day.
https://www.wethepeopleforpresident.org/so/0eNjpiLsE?languageTag=en#/main