Edit: while Opus Dei's own Thug Gordon prepares to sue the Catholic Church for accusing him of being bad according to the wisdom of the day, another Opus Dei by product is being trapped and exposed in the vortex of its own lies and malice.

It's no suprise we don't have a lot of respect for CM, while they love to showcase and endorse apologists for pederasty and have their thug buddies, they've spent no time exploring numerous problems with Opus Dei, or my own personal concern, the evil Modernist Monastery with numerous past and present cases of sexual abuse and heresy, all in perfect Communion with the Holy See, and there's even an Opus Dei Numerary on the board at Saint John's University.

The Gonzalez family has a lot of problems, these problems go a long way toward undermining CM's star witness. Expect another fit of gay rage from Voris any time now as their campaign against the SSPX continues to stall out. Thanks to Dominic Carter.   Carter also posts this interesting piece. 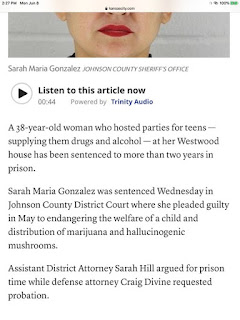 What!?
Talk about compromised credibility. Why it would be like employing a gay bar cruiser and a budgie 🐦 faced Vietnamese divorcee to expose the soft underbelly of the Lavender Mafia on a daily basis.

Oh, my!
Gary the Fairy will flip her wig over this. (Good. I didn't like the new platinum look. Maybe he should consult Milo.)

He was wearing the two tone toupee when Milo was sporting brown in back/blond in front. I suspect he does consult him

The SSPX is here to help destroy the Church. Undermine them while they destroy themselves on the straight road to hell. heh heh heh......

This really underscores Vignano's statement that there is a counter-church.