Benedictine Abbey in Minnesota: 2 Missing Persons and About 230 Victims, Evidence of Financial Misconduct and Luxurious Living -- No Apostolic Visitor 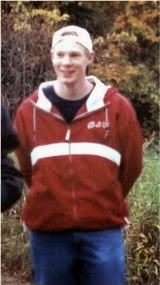 Edit: despite about 230 victims of sexual misconduct, not including predation upon vulnerable adults and college students, and two missing persons in the vicinity of St. John's Abbey in Collegeville, there have been absolutely no arrests and no convictions.   The Sheriff's department has been overtly hostile to  one of the victim's relatives, and no wonder, the Sheriff is a St. John's Abbey alumnus.

At approximately 11:00 pm and midnight on November 9, 2002, leaving Metten Court, a dormitory on the north end of St. John's University campus in Collegeville, Minnnesota, Josh Guimond disappeared.  His clothes, his wallet and car were all undisturbed.  He has been missing for 12 years this November.

We're posting this to draw attention again to the evident corruption at one of the most famous Benedictine Monasteries in the world, if not the largest, and despite the ample evidence of serious corruption and negligence on the part of the monks, to say nothing of a singular indifference and hostility to the Catholic Faith which they claim to hold, there is not the slightest hint of an investigation, no calls for the resignation of the abbot, or the seizing of its assets by an Apostoilic Visitor.

Not even the local community has been moved to do anything about this resident evil.

Link to the Pine Curtain  about the disappearance, and analysis by Immelman Turn.

If you think it will do any good (it can't hurt), please contact the Papal Nuncio, Archbishop Carlo Vignano: