The tomb of Msgr. Annibale Bugnini.
A book review by Christoph Matthias Hagen
In 2019 it is fifty years since Paul VI. promulgated his new Missale Romanum. What it contains is still more colloquially called the Novus Ordo Missae or even more striking: the New Mass. In the February issueof the Information Paper of the Priestly Fraternity of St. Peter, Fr. Sven L. Conrad asks the question: "When was the liturgy new?" (See above, pp. 3-5) and answers it soberly and at the same time clearly. Whoever wants to deepen his understanding of the question and the English is powerful, should read the book published at the end of 2018: Annibale Bugnini. Reformer of the Liturgy. This is a translation of the Bugnini biography originally published in 2016 by the French historian Yves Chiron. 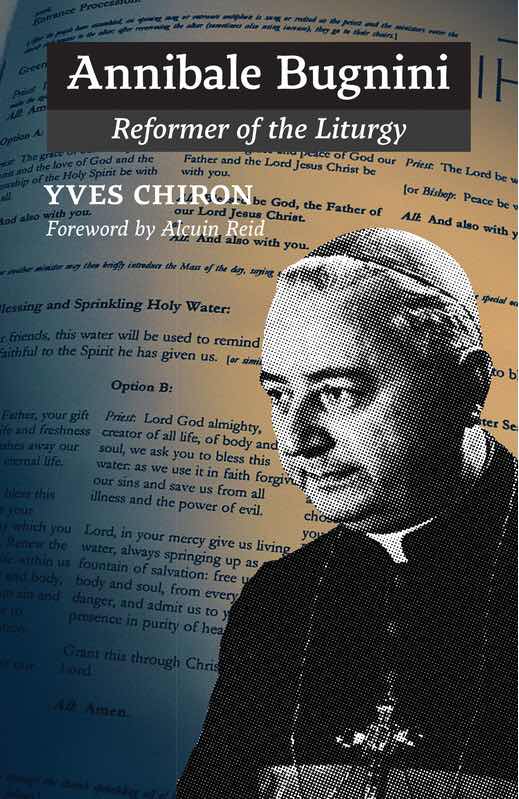 With even more detail than can be accomplished in Conrad's compact review, the reader can follow the steps that took place from 1962 to 1965 and then in 1967 and 1968 which led to the new liturgy of 1969/70. From a certain point of development, being new means that it is no longer up to date, but different or non-Roman.
In a way, this is true even with the reorganization of the Ordo of the Mass in 1965, but undeniably with the creation of alternative prayers alongside the Canon of the Mass. The difference is at least a task of the Roman, at least when one understands more than just the formal departure of the so-called post-conciliar liturgical reform of the Pope in Rome.
Ritual correctness as typical Roman
This Roman character of the liturgy consists more in a typical Roman mentality, the roots of which were even pre-Christian and can be decisively localized in a certain understanding of religion as ritually correct cult-performance, accompanied by customary legal thinking. It can even be said that Roman religiosity and jurisprudence were at first identical and that Roman law is in a sense already the secularized independence of a segment that originally formed a unity with the Roman religion. It is only with this historical understanding that one quite understands the scope of the section, Paul VI. has completed.
Universal liturgy as a creeping tendency
It was prepared, of course, by an old tendency, which, with the rise of the Franciscan movement, made the liturgy of the papal court so ideal that it was adopted outside Rome, not least in order to prove its special solidarity and fidelity to the pope. After 1570, the Roman-Tridentine liturgical books were increasingly used for a principally universal liturgy of the whole world, which, strictly speaking, did not correspond to the intent of the Council of Trent, but in the nineteenth century absorbed even the last, local ecclesiastical rites in an ultramontane undertow. It is not surprising that the prototype of Novus Ordo Missae Paul VI. of Bugnini's so-called Missa normativa, of all things, was a unitary rite, geared in principle to globalization. This uniformity tendency seems to be the deciding factor for Paul VI. which could be seen in his own  liturgical re-creation could and, as early as 1955, Pius XII. had done this with his intervention in the venerable rites of Holy Week.
If, fifty years later, one critically reviews the post-conciliar liturgical reform and the resulting wide liturgical practice, one must first of all first realize these fundamental, historical conditions of the Roman rite, before it makes sense to note the deficits in the content of the Novus Ordo Missae and problematize and distance yourself from it. The value of an Editio typica of 1962, which was formally universal until 1965, must then be scrutinized critically. The Bugnini biography by Chiron can be an important help.
Bibliographic information:
Chiron, Y., Annibale Bugnini. Reformer of the Liturgy, (Angelico Press) Brooklyn 2018, 200 pages, paperback, ISBN 978-1-62138-411-3, € 21.00, - (D). The book can also be purchased in a linen-bound edition and as an e-book.
The book can be purchased through our (Katholisches) partner bookstore.
Image: Orbis Catholicus Secundus (screenshot)
Trans: Tancred vekron99@hotmail.com
AMDG
Posted by Tancred at 3:08 PM