(Rome) The pontificate of Pope Francis is currently being pursued from one scandal to the next. And all of them involve personal friends, confidants, prelates who are close to him, up to the princes of the Church.

According to the Canadian press service LifeSiteNews, Cardinal Francesco Coccopalmerio, a close associate of Pope Francis, was present at a gay drug org, which was broken up by the Vatican police. 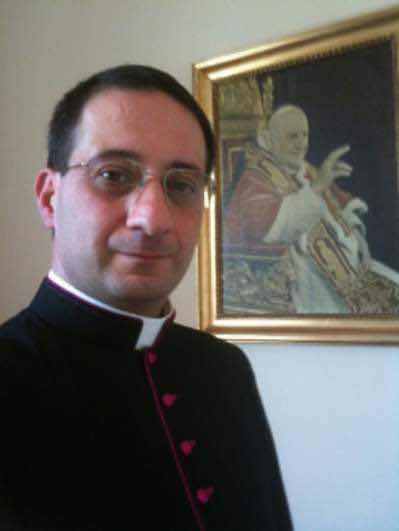 The apartment of Monsignor Capozzi

He supposedly had the apartment in the palace, which also houses the Congregation of the Doctrine of the Faith, supposedly located because the palace is accessible to both the Vatican and Italy. It was, as it was then called, the ideal place to infiltrate unchecked drugs and hustlers.

Already at that time the question arose how a secretary, albeit of a cardinal, could come to possess such a large apartment in such a palace, which far exceeded his rank. According to the dossier of nuncio Carlo Maria Viganò, the gay lobby in the Vatican might have helped.

The Cardinal's presence had been successfully hushed up so far. After all, Coccopalmerio was still the head of the Dicastery of the Roman Curia, which corresponds to the rank of minister. The Cardinal from Milan was President of the Pontifical Council for Legislative Texts until last April. As a lawyer, he knew that aberrosexual behavior is punishable by Church law. Apparently he felt invincible in his rank and in the Vatican. Not unjustifiably, one follows the revelation by LifeSiteNews. 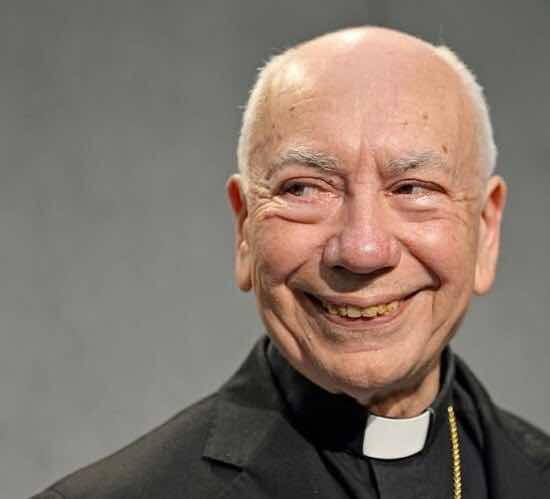 The press agency relies on a source that wants to remain anonymous for security reasons. The Vatican gendarmerie had caught the cardinal in the act of entering the apartment in a flash, but instructed him to leave the apartment immediately before they began making arrests. There was a protective hand over the Cardinal. Capozzi was arrested. The Vatican Police may be required to protect Cardinals from scandal. But they certainly report in detail.

Pope Francis, according to LifeSiteNews, was undoubtedly informed about the police action and the presence of Coccopalmerio.

Archbishop Viganò revealed in his dossier that he had informed Pope Francis in June 2013 in detail about the degenerate life of Cardinal Theodore McCarrick. Francis did nothing but made McCarrick his confidant for the United States. He also became acquainted with the rapprochement between the Holy See and the People's Republic of China. On Sunday, Cardinal Marc Ouellet factually confirmed Viganò's allegations by writing in an open letter that the Pope had received many nuncios in June 2013, so he could not remember all the names and information.

I beg your pardon?

The Nuncio reported on a "perverse and diabolical" double life of a cardinal in the US, the world power number one, and the pope didn’t do anything?

According to LifeSiteNews, the source and other informants left no doubt that Cardinal Coccopalmerio was a "practicing homosexual". In the recent past, Coccopalmerio has been "positive" about homosexual couples.

He doesn't even brush his teeth.

Not only has he lost his toothbrush and toothpaste, more importantly, he has lost the Faith.

Here's another piece of interest on the same topic, copied from "Lifesite News"

"The news that Cardinal Francesco Coccopalmerio was present at the time of the Vatican Gendarmerie's irruption in his secretary's apartment "is groundless". This was stated on Twitter by Cardinal Giovanni Angelo Becciu, at the time substitute of the Secretariat of State."

Another infamous lie from a new Francis' Cardinal in defense of an old Benedict XVI Cardinal. These queers and pro-homo Popes, Cardinals, Bishops, Monsignors, priests don't get it, even now. Pathetic. Everyone with a brain knows that Becciu is lying. Also that Farrell is lying, and Wuerl, Marx, O'Malley, Dolan, Cupich, Tobin, Forte, and finally down the line to Francis himself. Francis lies, and probably instructs his scum to lie too.

But Vigano has a lot more to reveal, and he will. Before Christmas. Something so extensive and big, accompanied by even more reports by German sites, that Francis and his whole hive of homos in the Vatican will be brought down!

And who ordained Francesco Coccopalmerio? Cdl GB Montini, in 1962. What a gush it will be on 14/10 when Paul VI is declared a saint. Lol!

The sede-vacantist Lifesite has no moral compass whatsoever.

His nickname is Cocapalmerio, go figure.....

What about their report is untrue?

You can’t sassy gay your way out of this one.

I wonder if Francis himself would participate on some dark night in one of these Vatican gay orgies. Coco is a pal of his, as was the gay monsignor. Can you imagine the shock of the Vatican police when, on a tip off, they creep down the darkened halls of the Vatican Apostolic Palace or Casa Santa Martha and burst in on Francis in the midst of it all together with Coco and a dozen other homo clergy who are fans of Francis? They'd hustle the Pope off to cover for him and arrest the rest. Can you imagine if a story like that broke? Maybe just day dreaming....but there will be more nuclear bombshell stories about Francis and his Vatican in the very near future....more from Vigano, more from Der Spiegel and other reputable newspapers and sites. It'll be so bad that Greg Burke and other Vatican spokesmen won't be able to cover anything up. The pressure will be so much for Francis to quit, that he finally will.
Then we'll have about 6 months of Vatican stories all over the press....just like the stories of Trump and Russia. This time, however, the stories will all be true.
The best stories will be about uncovering all the rot under Francis, and how the new, vigorous, traditional-leaning Pope is cleaning out the filth....first in the Vatican, and then in the entire Church. It'll be interesting reading for months. I think a lot of this will happen, very soon.
I know I'm speculating....but don't count it all out as wishful thinking!

How long, Lord, how long? Anybody above the age of reason, which in our culture appears to be rising with each passing day, knows that the "smoke of Satan" has infected the halls and walls of the Vatican. One wonders how these people can call themselves Catholic when they don't believe in the Four Last Things.

Shocking as it is, it would be very naive to believe this sort of behavior hasn't been going on behind 'Vatican closed doors' for many years, perhaps even centuries. It just never leaked out before, or if it did it was never taken seriously or given wide publicity.
I suspect there is much more scandal being held in reserve for the opportune moment.

There are credible witnesses to Paul VI’s liaisons with a male actor.

I don't think of it as "smoke of Satan" anymore. I think it's now a flame thrower.

I read that because of the tight security control of the Papal Apartments, they know who goes in and out, that was one of the rains why PF chose a hotel to live in. You don't have justify people moving around in the night.