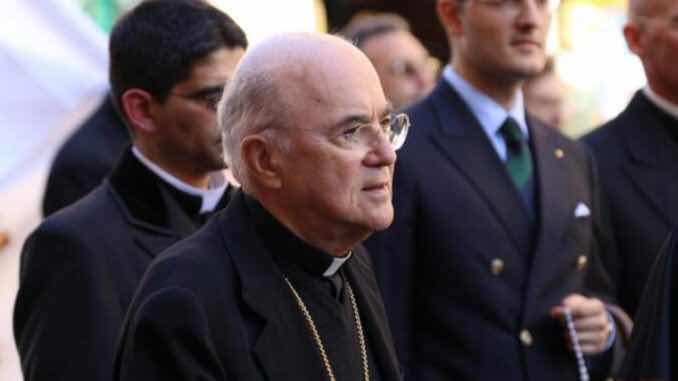 I think they are all opus devil barrages acting at the behest of francis. The papal foundation was a mccarrick/wuerl slush fund (no mention of how much money bransfield, wuerl and mcarrick put into the fund), but wait til opus devil and francis get their greasy little pause on it-- wonder what kind of commie sodomite pedophile slush fund it will be then.

I also wonder if any contributors to First Things, Napa Institute, EWTN, Catholic Register, LifeSite News, Church Militant can sue or sic the d.a. on these groups as Opus Devil (commuinist) front groups and thus collecting money fraudulently from those who don't support Opus Devil.

First Things, Napa, Acton Instutes, EWTN, Lifesite, Catholic Register, Voris etc plus lower down the food and intelligence scale, Zuhlsdorf, Hunwicke are at the heart of the problem because all of them are travelling in the fog of ignorance having been led by the nose by hubristic self-serving premium class airport bishops like the exotic Burke, Mueller, Schneiders etc who know the authentic orthodox theology and what is really going on among the Vatican careerists like themselves but, for their own narrow sectional interests chose the path of power through confusion and control through hysteria.

Projection and bats bile. Since when are the Gather and Praise clergy that doesn’t believe in immutable Catholic dogmas, much less God, not careerists? If their god of surprises runs the show, they should be honest enough to turn in their powder blue clerical shirts and rainbow chasubles and do some meaningful work.

What the Trad/conservatives have to face honestly is that practically all of the people they would have looked to for leadership have turned out not only to be fizzers in that department but lightweights who not only don't know the Tradition, they have demonstrated that they are not capable of holding a candle to those they hold in contempt.
This is a very serious challenge for you and those of the 'loyal, faithful, orthodox' remnant. What do you intend to do about it? The usual carry on about the liberal strawmen caricatures together with the limp self-confected associated stereotypes belong to the P & W category. It's all a bit stale old chap and very boring too.

The “Trads” are just the faithful remnant. The rest of you are just parasites and opportunists, the very heart and soul of careerism as it turns out.

Archbishop Viganò continues to be a thorn in the side of the God of Surprises. At least there's one turbulent priest who can give Shock and Awe (or Shocking and Awful) Francis a taste of his own thoroughly unpalatable medicine.

The flashlight of Vigano has brought out the roaches from under the rock. The true agenda is here and the redefining of morality is its true nature. Once you throw out Scripture followed by throwing tradition into the garbage, you can paint a new picture without Christ. ----This guy is saying that Christ is outdated and that he is the new Messiah. It is my understanding that Masons worship Lucifer as the enlightened angel. A number of individuals who have read the Third Secret have alluded to a pope under the influence of Satan.

Vigano is a whining drama queen who is consumed with resentment after not moving up to First Class on the careerist gravy train. He's gutless now a pimp to boot who'll soon be elevated to the altars of Trad-con martyrdom.
The clown couldn't run a raffle.

No evidence or argument as usual. A tinkling cymbal.

Legion, did you bring more of your buddies this time? Never mind, you were exorcised once from this Catholic blog, and you will be again.

Like his role model in Rome, he can help but be abusive and simpering.