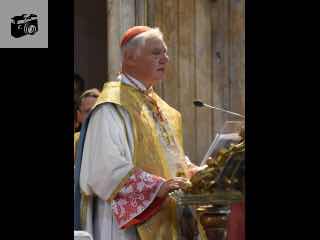 The dichotomy is established. The gauntlet is thrown. The world Church of the visionary from Argentina versus "the kingdom not of this world".