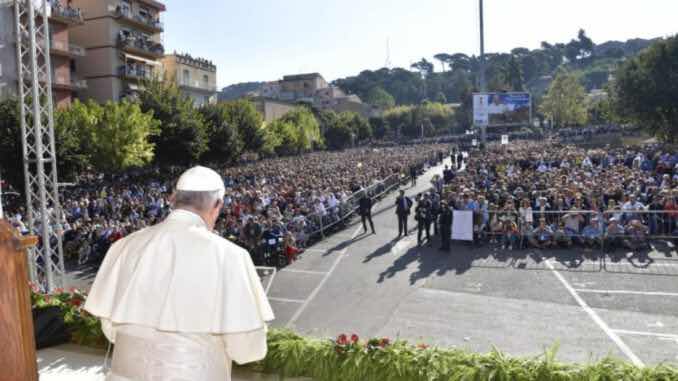 Pope Francis: "The whole Mass lasts 40 minutes, but the sermon does not take more than eight minutes".
(Rome) On September 15, Pope Francis visited the Mediterranean island of Sicily. Pope Francis said in his address to the faithful gathered on the Europaplatz in Piazza Armerina in the diocese of the same name:

Then Francis answered that a sermon lasting 40 minutes was impossible, because the whole Mass was to last forty minutes, but the sermon doesn’t take more than eight minutes.
The Pope said:

"No, the whole Mass takes 40 minutes, but the sermon doesn’t last more than eight minutes.”

Worse still, Pope Francis used a horrible phrase that wreaks of ill will towards Priests while speaking to the young people in Sicily it is called “mangiapreti”

He told the young people ¨if they feel this MANGIAPRETI¨ to go tell the Parish Priest that they don´t like ¨this, that or that¨

Someone has deeprooted hatred towards Priests.