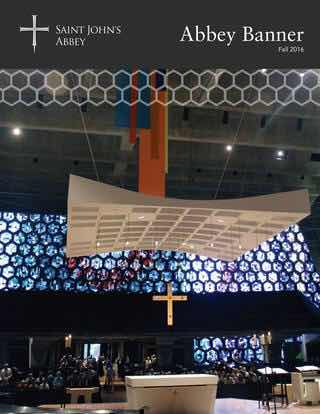 Here’s the evil Abbey Church where Peter Strzok went to “Mass”
Edit: I just wanted to take a moment to talk about Peter Strzok who graduated from a College Preparatory School run by evil Benedictine monks in Collegeville, Minnesota. Saint John’s Abbey is known for a lot of things: aberrosexual predators chief among them, but also fostering a spirit of dissent from Church teaching, ugly Bauhaus architecture, bad liturgy and rank leftism.  It is the home of the Pray, Tell blog and Father Ruff whose orientation is almost never on God.
We looked at Strzok’s Facebook page when this started and noticed with great interest that he neglected to list Saint John’s as his High School, the place he actually graduated from in 1987.  He was a very nice, highly intelligent, awkward and serious student with some quirks. 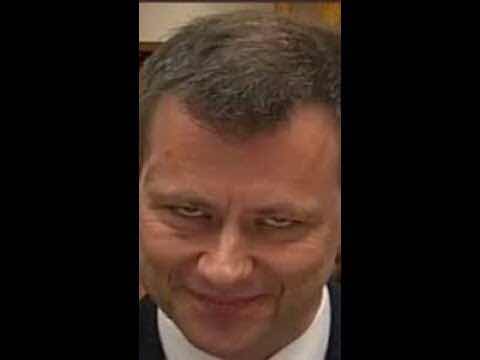 We had forgotten what he looked like, but it all came back during the Senate hearing. What a disingenuous, sneering adolescent. He really looks like he was possessed by demons, and after four years at a place haunted by the world’s largest concentration of unpunished sexual predators, and four years at Jesuit Georgetown, is it any wonder that he turned out to be an arrogant, snotty leftist shill that we’ve all known at one time or another in Church life?
A soldier’s son ladies and gentlemen. We hope he mends his ways.
AMDG
Posted by Tancred at 9:30 AM

Strzok was manipulated and used by the lawyer for the FBI. He was just a petty little fornicator who was in the employ of the devil.

-is it any wonder that he turned out to be an arrogant, snotty leftist shill that we’ve all known at one time or another in Church life?

-He was just a petty little fornicator who was in the employ of the devil.

Also seems to be a supporter of abortion, sodomy, sodomite marriage, and euthanasia and every other perversion the democrats support. But you all coexist w/the pedophiles and the baby murderers and your hands are about as clean as pontius pilate's

I don’t want to go down a rat hole in this discussion. I agree with you, till you get to the bit about pedos. Does your cult group not have a convicted sex offender in it? Just to maybe head you off at the pass, pedophiles aren’t exactly rare on Mount Athos.

He looks either mentally deranged, or totally evil. That face really creeps me out. Insane.
There's another face like that I ever saw with an expression like that...it was Pope Francis sitting in his papal chair during a General Audience. Anyone remember it? They plastered that face all around Rome!
Damian Malliapalli

Bring out your dead!

Thank you for this article. It was reassuring to know that it wasn't just me who was horrified by the thought of this despicable little man who thought himself a hero by trying to save the American people from their president. And failed.

That hearing I found too painful to watch. I was getting angrier and angrier by the minute, I just had to turn it off and contented myself with just reading online reports and comments.

Now I know why a lot of people find him so disturbing. Thank you and God bless you.

P.S. BTW,the entry on him on Wiki does mention he matriculated in St. John's Abbey in Minnesota.

It must be remembered that Lucifer is the most intelligent of the angels. It was explained to me in my youth by an old line Jesuit that Lucifer had the sin of pride. This meant that he could not accept Christ becoming a lowly man.---- It was also stated that Lucifer could be forgiven if he would just ask for it. The same was also said of Judas. Christ forgave Simon. He could also have forgiven Judas.---He believed that Christ was a revolutionary who would bring down the Romans and install a Jewish rule over the known world. This same Jesuit told me that the anti Christ would have to be Jewish. The Bolsheviks were fallen away Jews and even Uncle Joe had a Jewish drop or two even though an Orthodox seminarian. He wrote that he infiltrated in order to destroy which meant that he hated Christ.---Christ has made it clear that "My kingdom is not of this world" which our current pontiff has so conveniently forgotten. The humility of B16 is completely transparent. The pride and arrogance of the current occupant who approaches the intelligence of Lucifer himself is also very apparent.


Yes, I was aware, thanks. I was pointing out that for some reason, he didn’t seem to want to identify his High school on his Facebook page. This was an interesting omission, especially considering its prestigious nature.

There are certain obvious facts about the man's life that indicate his moral state. Facts are facts. We can draw reasonable conclusions.
But I do not recall seeing a person with that kind of expression on their face. There is a video of this man that is going around, I think on Canon212, and it is disturbing. These are dark times, Satan is very active.

The expression on Strzok's face reminds me of Anthony Perkin's in the closing scene in Hitchcock's Psycho. They both have the same idenitical look of madness in their faces. However, Mr. Perkins was just acting. This Strzok guy is scary for real!

Of all the folks entangled in the Hydra-head Hillary/ Obama/ FBI/ DOJ/ NSA/ CIA scandal someone should list all the (NuevO Order/Lestist) Catholic culprits. Comey - Mass goer, he of Epstein Island fame - is one. McCabe and his $700,000 wife; Penetta certainly - he of Spirit Cooking fame - since he bragged in emails how he can reform the Church to Hilliary' s liking. Worth compiling.

FBI Agent Peter Strzok grew up in Africa for a stint while his father worked for Catholic Relief Services, a charity with bonafide international links to the CIA and funded by federal aid to and from USAID and the United Nations. According to records, the elder Strzok worked for CRS staring in 1981 and lived abroad with his family with a young Peter in Africa.

It might interest you to know that USAID is the official US Government promoter of abortion and contraceptive use in developing countries.

Just so everyone knows, this Strzok is considered crazy by many members of the Congress who sat thru the interrogation process, and were equally disturbed by his expressions.
On FOX NEWS there was a big rehash of the Strzok affair, and the commentators labeled him varyingly as crazy, demonic, condescending, rude, contemptuous, or lunatic. Bottom line is that he refused to answer most of the questions leveled at him by the Congressional members, which can mean only one thing....he and his accomplice, and the FBI and even the DOJ are hiding something which would make them( and by extension Hillary), look bad. Not Trump.

For the record. Factor this in: