The Connection Between Amoris Laetitia and Intercommunion 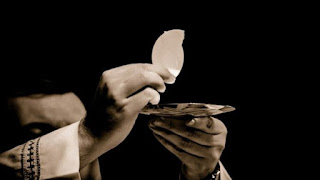 Blondel's "Philosophy of Action" as a common thread between Amoris laetitia and inter-communion for Protestants.

(Rome) The fundamental theologian Alfredo Morselli, pastor of the Archdiocese of Bologna, who since his ordination in 1986, celebrates only in the immemorial Roman rite, wondered whether the admission of remarried divorcees who are in the state of serious sin because of their concubinage is in effect, a"Trojan Horse" to introduce inter-communion with the Protestants. The theologian is convinced of an inner connection between the controversial post-synodal writing Amoris laetitia and the now discussed inter-communion with the Protestants.

At the center of the current discussion is a decision by the German Bishops' Conference last February to grant communion to Lutheran spouses of Catholics as they share the Church's understanding of the Eucharist. This decision was reflected in the DBK guideline "Going with Christ - Tracking Unity. Confessional Marriages and Joint Participation in the Eucharist."

A minority of thirteen bishops voted against. Seven of them turned to Rome for clarification as to whether such a move was compatible with ecclesiastical doctrines and sacramental ordinances.

Last Thursday, May 3, Pope Francis invited representatives of the majority and minority to Rome to discuss the outstanding issues with the responsible Roman dicastery chiefs. According to Don Morselli, the decisive factor in this is the Pope's answer that the German bishops should reassemble themselves and speak about the question until they find a "possibly unanimous" position. Cardinal Willem Jacobus Eijk, archbishop of Utrecht, has already found fault with this papal response as "completely incomprehensible." Although the Catholic doctrine is "very clear" in the matter, Pope Francis did not fulfill his duty to clearly affirm the doctrine.

The Pope's recommendation, according to Don Morselli, should be read in the light of his response to a Lutheran woman in Rome on 15 November 2015, asking Francis if and when she could receive communion with her Catholic husband.

The most important part of the long papal answer was:

"But a pastor's friend told me, 'We believe that the Lord is here. He is present. You believe that the Lord is present. What is the difference?' - 'Well, it's the explanations, the interpretations ... 'Life is bigger than explanations and interpretations. Always refer to baptism: 'One faith, one baptism, one Lord,' Paul tells us, and so draws the conclusions. I will never dare to give permission to do so, because it is not my competence. One baptism, one Lord, one faith. Talk to the Lord and go ahead. I dare not say more."

It was "obvious in which direction the Pope is pushing," says Don Morselli. The decision should be left to the conscience of the individual. Francis gave the impression that the difference between Catholics and Lutherans was only a question of formulation ("We believe that the Lord is present here, you believe that the Lord is present"). The rest is only a question of "explanations and interpretations" : "Life is greater than explanations and interpretations."

The theologian Morselli sees behind this and other formulations of Francis, the thinking of the Frenchman Maurice Blondel and his philosophy of action. The truth no longer corresponds to the objective nature of existence, but to the lifeworld that man "makes" himself.

Morselli recalls that St. Thomas Aquinas teaches the exact opposite, and the Congregation condemned such theses of a pragmatic relativism that claims that "truth is a progressive adaptation of intellect and life according to the experiences and needs of action", in 1924. 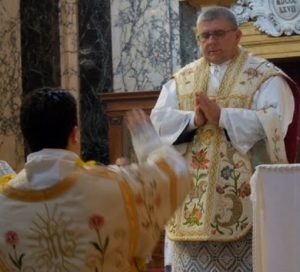 Against this background, it is clear that there is a red thread connecting inter-communion with Amoris laetitia. On the one hand, in dogmatic questions, a primacy of life over doctrine is asserted and, at the same time, in moral questions a primacy of life over the object of action. In fact, the true life of faith needs clear instruction and moral life clear guidance as to whether an action is good or bad in itself. Otherwise, "a false primacy of a false life will result," says Don Morselli.

It follows automatically that life can never be a lie. The lack of agreement of one's own life with the truth, which can be seen from the objective nature of things, leads to "life lies." It is true that life is greater and more than the principles of the councils. But it is equally true that without these "explanations and interpretations" no real Christian life is possible.

Therefore, there is no possible "communion" (society) with Jesus and the Church possible if communion is lacking in faith because of the lack of the necessary approval for doctrine. Don Morselli in reference to the words of Pope Francis:

"A gesture that expresses something false is not a, 'life that is greater than explanations and interpretations,' but a lie."

"The Pope's response to the German Protestant was, in order to pick up an illustration from football, a rough draft for the German bishops, so they shoot the ball of inter-communion into an unprotected goal. The Pope even provided a double aid, as there is also a paragraph in the Joint Declaration on the Common Catholic-Lutheran Reformation Commemoration, which was signed on 31 October 2016 in Lund, Sweden," Don Morselli said. It says:

"Many members of our communities yearn to receive the Eucharist in a meal as a concrete expression of full unity. We experience the pain of all those who share their whole lives but can not share God's saving presence in the Eucharistic meal. We recognize our shared pastoral responsibility to meet the spiritual hunger and thirst of our people to be one in Christ. We long for this wound to be healed in the body of Christ. This is the goal of our ecumenical efforts. We wish them to progress even as we renew our commitment to theological dialogue. "

It attracts attention to the unusual pathos, said the fundamental theologian. Pope Francis employs a pathos when he wants to initiate innovations ("Listen to the people's cry"). But then something unexpected happened. The team, in whose goal the ball should have passed, kicked the ball, although the goalkeeper had been set off the field, to the defenders in between.

"The Neomodernists did not manage the goal."

"The papal invitation to the German bishops to find a unanimous agreement could be understood as an invitation not only to find some common solution, but a solution sought by the pope. But it could also be interpreted in the sense that the Domradio in Cologne did: 'Roma non locuta - causa non finita!'

The Bergoglian Roma, "did not manage to score the decisive goal. The game is still open. With prayer and sacrifice we support the little remnant, the few German bishops, whose numbers are small, but whose hearts are all the greater for this ... and we always remain in the trusting expectation of the promised triumph of the Immaculate Heart of Mary."

The present pontiff wants the Roman Catholic Church to be Lutheran or some form of a changing and failing protestant ecclesial community where you can vote on the "truth" of the year. I, for one, will not be transferring over to that new form of "church".

I, for one, with God's grace, will do anything to fight against this counter-faith anti-church!
Ivan

Jorge wants to force us all down the Hershey Highway.

Make no mistake about it.

The man worships the Backdoor
Boogie.