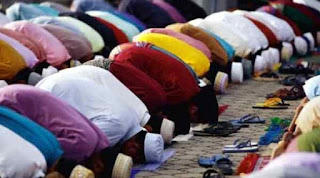 (Rome) The University of Parma has decided to set up a prayer room for Muslims on the university campus.
The prayer room will be located right next to the Catholic chapel. To this end, the Library Library of the Institute of History has been reorganized. The premises have already been allocated to the Islamic Student Union, which had previously submitted a corresponding application.
The Senate of the university imposed some restrictions. No handouts and posters, nor discussions or other rallies may be held. Although food and drink may be taken in  the future prayer room, the shoes must be taken off and placed in front of it. The Senate, which had to approve the decision of the board of directors, hopes thereby to prevent Islamic or other political agitation by Muslim students at the university.
At the same time, the university's administrative board, which issued the permit, decided to adopt another "multicultural" project: the creation of a "multicultural space of silence".
Text: Giuseppe Nardi
Photo: MiL
Trans: Tancred vekron99@hotmail.com
AMDG
Posted by Tancred at 4:16 PM

The University of Parma is creating a Multiconfessional Space of Silence. Please urgently schedule a high-profile visit to this fine example of tolerance and vibrant diversity. And once you're over the threshold...STAY THERE!