Chinese Catholics Block Demolition of their Church at Last Minute 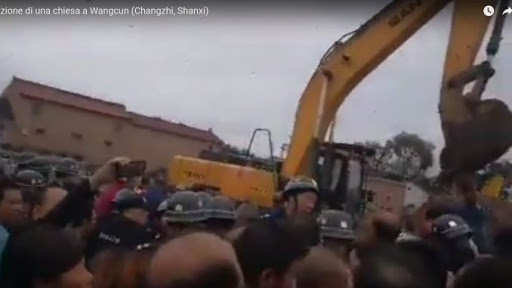 (Peking) On 29 August, hundreds of Chinese Catholics entered the path of the destruction of their church by the communist regime and were able to get their way (for the time being).

As in a video, the faithful called "Jesus, save me!" And "Mother Mary, have mercy on us!" When they stood in the way of the demolition vehicles and the police. 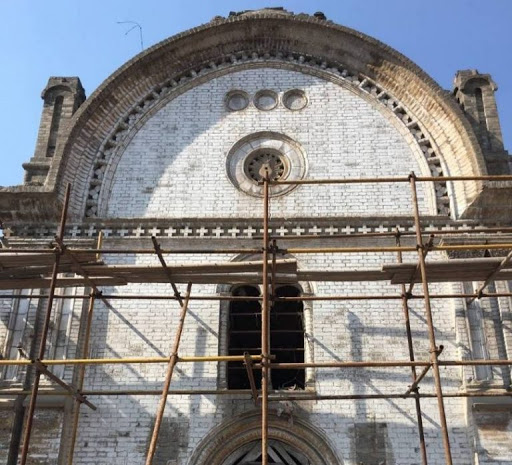 The "old church" of Wangcun

The incident happened a few days ago in Wangcun, a few kilometers from Changzhi in the southeast of the Chinese province of Shanxi.

In order to prevent the destruction of their church, hundreds of Catholics, together with their priests, gathered themselves together in the pouring rain around the church and around the wall in prayer. They referred to the freedom of religion, which is officially guaranteed by the People's Republic of China.

The communist regime had previously granted permission to restore the church, which is a jewel of Chinese church architecture of the early 20th century. The restoration work had begun four months ago. Then the local rulers considered the matter, and have now ordered the demolition of the church.

On August 25, 2012, the city government decided to return the old church of Wangcun, along with its property, to the Catholic community of the city. This immediately set the faithful to collecting the money to restore the church.

A few weeks ago, the district committee of the Communist Party of China and the district government suddenly decided that the church should not be restored but demolished. Officially, the reason for this was the creation of a place "to enrich national life".

By their courageous presence the faithful were able to prevent the demolition of the church at the last minute. The Communist authorities have set up the demolition to undertake a "an attempt at resolution" as reported by AsiaNews.

In Changzhi, there are more than 50,000 Catholics, of 47 priests. The Diocese includes more than 60 churches and chapels.

And where is PF? In Colombia supporting an unjust Marxist dictatorship.

Could there be a connection to the selling out of the underground Church? There are allegations through Malachi Martin that Paul VI pulled a similar maneuver to sell out the underground Church in Russia. The idea was to merge with the socialism of Soviet Russia.---There was no problem with selling out the traditionalists. The same occurred when Islam overthrew the Byzantines. You could throw in support for the Bolsheviks in overthrowing the czar. The socialist agenda of the Church has been encrusted for quite some time. That is why John XXIII rejected the three shepherds of Fatima as "prophets of doom".---Mehmet Ali Agca stated that he had help inside the Vatican to fulfill his mission of shooting John Paul II. I laughed and laughed when I heard it. I laugh no longer and presume that the gay lobby was involved.

My concern is that so many are gullible not to understand the Vatican takeover by the Enlightenment.. even to say the most advanced and progressivist elements of the Enlightenment. Good Christians have risked their lives in their daily life, but all would be so excited to have a chance if they could see, or even touch PF. They see no malice in the man. I wish they could see...