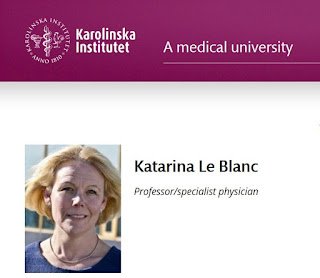 Sedevacantism is comforting. This pontificate is the most evil of all the conciliar papacies.

"Let all the poison that lurks in the mud, hatch out."

Then why are you posting on a Catholic site?

Pope Francis and his people are inspired by the devil. Bergoglio's papcy is the worst in at least 400 years. The Renaissance Popes and Vatican were not good pontiffs either...the decadence of those times lead to the Reformation, yet even those Popes seem like men of virtue compared to Bergoglio and his associates.
Pope Benedict XVI had the courage to speak out in a letter at Cardinal Meisner's funeral basically condemning what is going on in the Church today. If you read in other papers and sites, it was a bullseye. Bergoglio and his filth were outraged. Good for Benedict.
Now if only Benedict would have the courage to join with the 3 other Cardinals who submitted the Dubia, speak out against Bergoglio's agenda (including liturgical), and repudiate his appointments.
All good and faithful Catholics should start to rise up against Francis.
The one good thing these days, it that apparently, Francis health is not that good. They in the Vatican are cancelling trips left and right...siting conflicting schedules, ets. Two trips are off, Sudan and India. Other events are being considered too.
Francis will be 81 in 5 months. With prayers, perhaps he will be gone before 82..either resigned, thrown out, or whatever.
Damian Malliapalli

Exactly. If you don't recognize the Pope as the Christ's head of the Catholic Church then you are a protestant by definition.

@Anonymous: An "evil pope" my good man is supported by evil people.

The corruption of the Church in all the bureaucracies is deep and deliberate. Right now we have little true and faithful high leaders in our poor Church.

@Anonymous reply on "martin luther": You might try screwing your head on straight.

It takes guts to speak out.

LOL....Martin Luther? Funny you should label a faithful Catholic with that name when Bergoglio himself is the one that puts him on a pedestal. Obviously, you haven't been watching him for the past 4 years.

Right....The faithful laity have more courage in their little baby pinkie fingers than our gutless wonder Bishops have in their entire bodies!

Thank you for the defense JBQ!👩‍💼

I've been called a schismatic heretic and a Protestant with rosary beads so I've grown a tough skin.

Damiian.I could have written what you have just said.You are so right about this Bergoglio and i am sure that Our Blessed Lord will see that Divine justice will be brought to him.Bergoglio is evil,and Heretical and is a nasty man full stop.Please God stop this filth in the vatican.

You are a declared sede-vacantist. That makes you schismatic.
Once again, why are you posting on a Catholic site?

In the next soon to come conclave, I think we will need a saint...or close to a saint...elected to clean the filth from the Bergoglio reign. It's happened before....in the 11th century, in the 16th.
We had two saints in the 20th (and NO, I don't mean John XXIII...LOL) I mean Pius X in the early part of the century, and the uncanonized saint, Ven. Pope Pius XII towards the middle. Men like that could be hard to find next time around, but the Holy Spirit knows how to surprise us....and I'll bet we get one. The liberals will hate him so much for undoing thr work of Bergoglio, that they will try to make his fairly long reign as miserable an experience for him as possible....just like Hillary Clinton and crew are doing to poor ol' Trump.
You don't think Hillary's behind the scenes with all the smears in the media about all the Russia news and orchestrating a repudiation and campaign of humiliation and rejection of Trump???? Yeah, right.
Same kind of people as Francis and crew, pulling the same dirty tricks.:)
Damian Malliapalli

Emma Bonino. Paul Ehrlich. Katarina Le Noir. Unparalleled examples of the type of people you end up meeting or facilitating when you're too sophisticated to "obsess" about abortion. Well I say, may that obsession continue to grip at least some people who want to keep the flickering flame of humanity alive.

@Seattle Kim
....Sedevacantism is comforting..........Ave Maria!,yes, we are facing the saddest division among Catholics.....a split pea soup, worse then Protestants, to the joy of every stripe of the enemy of Jesus Christ and His Church. This division among Catholics is what Our Lady of Fatima called ‘the diabolical disorientation’. The internet has become a playground for the devil, and Catholics fell for it, they got conquered......the information being posted on all these blogs (which heretics gladly read and pass on), can make a weak Catholic fall into a loss of faith, a despair (sede).......ultimately, loss of a soul! A high price to pay......+ eternal + Heaven + Hell, and many will be accountable severely, we should all weep and tremble.....Miserere!

........This pontificate is the most evil of all the conciliar papacies......... “An apple is still an apple even if rotten and non-edible. The V2 popes are still popes even though much of their teaching is doctrinally rotten and therefore non-acceptable. As bad as they are, their consecrations are valid - or can be valid, even if not in every case, depending on the intentions, matter, form of the sacrament of Orders, etc.These are the simple truths that God expects us to accept, ignoring all the rest that can only be resolved by theologians and future Church councils.”

Our Lady of Fatima pray for us Catholics, lest many will perish!

How about listing to the clear-headed advice on the validity of Pope Francis' papal election from the very devout conservative English priest, Fr Blake:

Damian, you may dream about a Divine intervention of the Holy Spirit in the next coming conclave. This would happen only if ALL the trad catholics who are lamenting decided to pray a Rosary with this aim.
But don't hope too much. There is now a strong majority of modernist cardinals. They will elect the same pope as Bergoglio if not worse.
Even if a trad and holy pope was elected, you may imagine that the Saint Gallen mafia, the lavender mafia, the clerical .:Freeemasonry will pressure him, blocking or sabotaging all his decisions until he resigns like Benedict.

Devout though he be, your Fr Blake does nothing to address critical items concerning the validity of the '13 "abdication." That you provide the link you do as an "explanation" only serves to demonstrate you don't know the difference between a cursory opinion & a researched examination of facts.