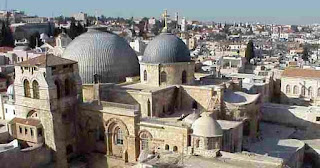 Hey!John Hagee said when you bless Israel you bless yourself!
For proof,look at the untied states.We're on the verge of economic and social collapse!See,it worked our well for us,didn't it?!?!

Funny how this never seems to get on the front page of the Washington Post or the New York Times.

Oops, a bit of truth has slipped out about the "saintly" Israelites, our reliable friends in the Middle East. I wonder how the Jewish lobby in the US did not squash that one! Maricusa