(Santiago de Chile) The "New Mercy" of Cardinal Kasper, which at present is generously supported by Pope Francis, has lost a not insignificant wheel.  500 Catholic priests in England and Wales have called for a clear affirmation in the Synod of Bishops for the traditional Catholic teaching on marriage and to match  pastoral practice with this doctrine. Almost simultaneously, Archbishop Ricardo Cardinal Ezzati of Santiago de Chile in Latin America, dismissed the famous Jesuit Jorge Carrasco Costadoat from his professorship of theology at the Pontifical Catholic University of Chile. The Archbishop is Chancellor of the University.
As InfoCatolica reported the Dean of the Faculty of Theology, Fredy Parra, had asked the Archbishop to reconsider his decision again. There had also been a meeting. But the Cardinals politely showed the Jesuits  the door. 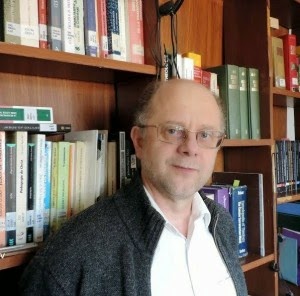 Father Jorge Costadoat SJ
The reasons for the dismissal can be divided into two key words summarized of the Synod of Bishops in Rome:  homosexuals and divorced and remarried. Father Costadoat publicly supported the theses of the Bishop of Antwerp, Johan Bonny, who already worked for  Cardinal Walter Kasper when he was in Rome  still directing the Pontifical Council for Promoting Christian Unity. Bonny demanded that the church will grant full recognition of homosexual relationships and homosexuality.
The Jesuit Costadoat also sent clear signals for the "opening" to the divorced and remarried and demanded admission to the sacraments. Therefore, he tried Kaspers thesis of the "case by case" that rejects a fundamental rule. Father Costadoat represents the so-called theology of circumstances, which is by no means new in reality. He considers it "pastorally negative," to tell the person concerned the truth, that they are in a state of "grave sin" because "if I put myself in their shoes and I suffer, I feel humiliated." To deny remarried divorcees  Holy Communion, poses "a denial of the 'truth' of the Gospel," according to the Jesuit.

There Cardinal Ezzati called upon  the plan that actually is considered very cautiously. The Archbishop then accused him of, among other things, of taking no account of the suffering and humiliation of the abandoned spouse and the marriage sacrament and to ignore that we are dealing with a divorce and a civil remarriage as the result of a deliberate and conscious breach.
These and similar statements and considerations brought the Jesuit theologians in complete contradition  to Holy Scripture, the Magisterium and Tradition whereupon Cardinal Ezzati took action in order not to feed the confusion.
A circle of progressive theology students published a press release after the dismissal in which they represented the  action as an advantage, because now Father Costadoat would enjoy academic freedom to spread his "rebel opinion".

Abuse of Catholic Structures for the Dissemination of Personal Theories

As an entry shows in his blog, Father Costadoat seems to actually have not understood the meaning of the archbishop's action: "If we confuse the mission of a university with the needs of the Christian religion, it is the catholicity of the university, which is despised."
This prompted No Cristianofobia to write: Father Costadoat seems to have  "neither understood the blatant schizophrenia nor his still intolerable and cowardly fraud, inherent to his  actions,  using a Catholic institution, such as the University, to disseminate his own personal academic theories contrary to Catholic doctrine."
Text: Giuseppe Nardi
image: InfoVaticana
Trans; Tancred vekron99@hotmail.com
Link to Katholisches....
AMDG

This old sleaze-bag just has 'the look'...the ones that fight so hard for sodomy 'rights' and the superseding of Christ's clear words on adultery with their own demands for 'mercy' all seem to share 'the look'. He was working to destroy the Faith in a vaunted position for how many decades?.....'bout time the temple started being wiped clean.

Well done C. Ezzati! You'll take tons of crap for it, but double down and clean out some more.

Charming post Susan. You have claimed the right for yourself to judge a person's credibility on the basis of their 'looks'.

And what breathtakingly beautiful choice of word you choose about that C. Ezzati might expect, 'tons of crap.' Well done, Susan!

Not a very edifying tone Susan for someone promoting the TLM. Such rambling does a disservice to the Mass of the ages.

I can almost hear the empty echo of Bp John Bonny's churches. This was the right decision.

This news, coupled with the remarks of Burke, Mueller, and few others, gives the impression there might finally be some pushback coming from the conservatives in the Church. Normally one to see the downside in most things, I'll hope this is the start of something positive.

He deserves no respect and only reproach. Shame on you.

Too much Twitter and texting to you teenage friends is clearly never enough, Susan.

too much pillow talk with your fellow dissident clerics is clearly never enough for you, 'gabriel'.

Yeah he has the look.

Hear, hear! Maybe we have hit rock bottom and are on the way back to at least sanity, if not holiness! I really hope a Korean or an easterner in a Church under siege is the next Pope.

I hope they were at least able to make room in the acting or literature Department for Fr. Costadoat. He seems to have a real flair for melodrama of a certain calibre. He could be making Million$$$ for producers here in the USA, either in translation or on a Spanish language network, writing scripts for soap operas and in his spare time Broadway plays for certain audiences. Gaybriel can star!

The unspoken tragedy of this, as I see it, is that if Father Costadoat had been a professor of a university in the United States or Canada (like Georgetown or Notre Dame)he would have been protected to promote his anti-Catholicism because of the Land O' Lake's agreement. I'd be surprised if Francis does not intervene in some way to reverse this decision––probably after the Synod.

I read once, where one person thinks that regards to Pope Francis and the Synod on the Family, that this Pope is just sitting back and listening and watching what all the liberals and radicals will say. He is watching them all come out of the woodwork to gather around Kasper and his crew. Then, at the Synod, if Kasper's proposals crash on the rocks, Francis will side with the winning traditionalists/conservatives who have upheld the timeless tradition of the Church and come down hard on the dissenters.

Nice story, but I think the opposite will be closer to the truth.....Francis will insist that Kasper's side wins.

The cognitive acrobatics that people have been resorting to, to try to explain Pope Francis's constant attacks on the Faith and morals, is just breathtaking. Blessed Michael, the Archangel, defend us in battle . . .

Exactly what core teachings on Faith and Morals has Pope Francis been attacking?

Extra Ecclesiam Nulla Salus among others, but if that is attacked, all are attacked.

Francis insists that we must be less "Dogmatic". It is just a ruse to get at the FOUNDATIONAL DOGMA OF THE FAITH, EENS, which, is the "Flag" the Devil must win in order to topple the Church. By attacking ALL dogmas, Francis diverts suspicion from what he is really up to.

You're just a Catholicism deniah.

Widely shared here, it is clear.