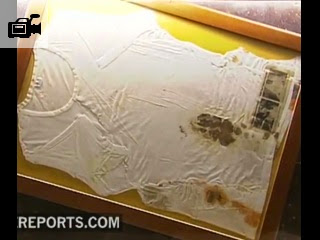 Why would enemies of the Church want to get rid of Bergoglio? He is doing there work for him. And for the Francis fans, don't worry he isn't going to resign either. There is no way he is going back to riding that bus. He will continue to cause confusion and dissent and crushing Tradition.

My thoughts exactly. Why would any anti-Catholic entity want to be rid of the first authentic anti-Catholic pope in the history of the Church? Yikes!

Even so, this pope is our pope. So the message to would be assassins imagined or otherwise...Keepa you hands offa my pope! Capeesh?!

So this group has incredible PR communication officers noting that it only took some 24 hours for them to respond. In fact Renzi pissed on them by visiting Iraq. Of course these sources to il Tempo originated in Israel.