Continued in St. Paul: Church of St. John's Gutted and Handed Over to Muslims


Whether unarmed or well-equipped, march on and fight for the cause of Allah, with your wealth and your persons. - 9:41

Edit: we'd reported on this in early June of this year when it happened.  St. John's was a fairly conservative presence in the Archdiocese.  Now it will be turned into a Mosque, it's cross hacked off its spire, to be replaced by the hateful symbol of Mohamedism.

This is something which should send a chill over those of us who are Europeans, because this is one of those symbolic events that accompanied the Muslim conquest of our cities.

It's unclear what's happened to rererdos, the portion behind and around the altar, but some men from another parish have come to take away the volks altar (Cramner Table), the altar in front of the reredos, but the confessionals have already been thrown into a dumpster.

There are many photos 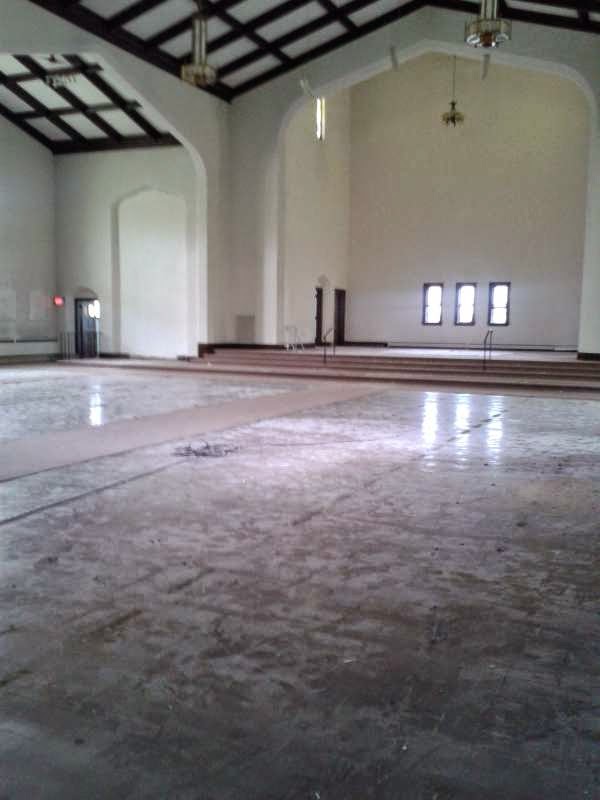 They will sell churches to the satan sect Islam, while in Pittsburgh, deny SSPX the right to purchase a church building when they inquire. More firm proof most of the Bishops are apostates.

Gutless worthless bishops are the bane of the Church. The Bride of Christ will surely be a remnant as Our Lord prophesied. May He bless and strengthen our faith in the last days. Mother Mary, ever Virgin, pray for us. St. Michael defend us in battle against the works of satan. +JMJ+

The imam that took this place over is a smelly goat.