Former Superior of the Legionaries of Christ is Dying 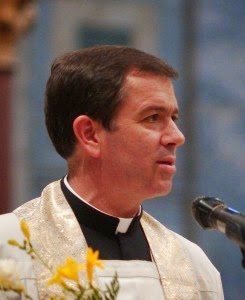 (Mexico City), Father Alvaro Corcuera Martinez del Rio, from 2005-2014 Superior General of the Legionaries of Christ  is living through "the last days" of his earthly existence. This was announced by Father Jaime Rodriguez LC with a letter and asked the faithful to pray for the former superior, just 56 years old.
In 2005, Corcuera follwed the  Order's founder, Marcial Maciel Corcuera Degollado,  in the Office of the Director-General. Maciel had been confirmed in the Office of Religious Superior in 2005, but had to withdraw with the election of Pope Benedict XVI. and live a life of prayer and penance for serious offenses. The exercise of his priesthood was forbidden to him. Father Corcuera then took over the religious leadership of the Order, which had fallen into a severe crisis because of the unworthy way of life of its founder. It is an office which he held during the provisional administration of the Order (2010-2014) under the supervision of the Apostolic Delegate Cardinal De Paolis Velasio and made a significant contribution to a new beginning for the Order.
A brain tumor forced Father Corcuera 2012 to waive the duties which he but nominally retained. Another was found to continue his duties as General of the Order, the German Father Sylvester Freiherr van Heeremann Zuydtwyck.
In January 2014, the General Chapter elected a new superior , so that the provisional government was ended by the Holy See. Since then, Mexico City born, (like Corcuera) Father Eduardo Robles Gil  Orvañanos is leading the Order. He is currently in Mexico at the side of his moribund predecessor Corcuera, as Father Rodriguez writes.
Text: Giuseppe Nardi
picture: Regnum Christi
Trans: Tancred vekron99@hotmail.com
Link to Katholisches...
AMGD
Posted by Tancred at 7:23 PM

Email ThisBlogThis!Share to TwitterShare to FacebookShare to Pinterest
Labels: Legionaires of Christ

Mines of Coal In India said...

Brain tumor. He had what were thought to be migraine headaches for some time before someone finally diagnosed the tumor, at which time it was apparently already stage four. I met him once and he was a very nice man.

He needs prayers. May our Lord have mercy.

I have known him since 1985... a very kind soul. May Our Lady be at his side as he prepares to meet her Son.