Fellay: "Pope Francis is Against Everything That We Represent"... But 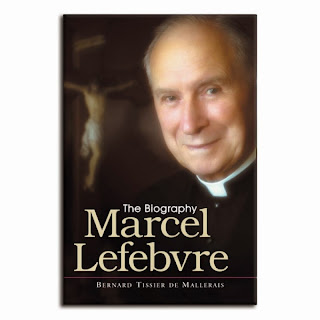 Edit: The Pope isn't going to excommunicate the Society, it is said.

After the "meeting" between Pope Francis and the Superior General of the Priestly Fraternity of St. Pius X, Bishop Bernard Fellay, more interesting information came to light that was published (Katholisches reported). So Fellay held on a lecture in Fabrèges on May 11, 2014, - under the title "Where is the Church going? Where is the Society going?” - And he spent a few moments on the Holy Father. The current Pope is a practical man. What a person thinks or believes is "at the end, an indifferent matter" for him. What matters for the Pope in fact is "that a person who is sympathetic to his view, seems to be correct to him, is how you can put it," said the Rector. Pope Francis had read the life story of Archbishop Marcel Lefebvre, founder of the SSPX, twice. The book which came from the pen of Bishop Bernard Tissier de Mallerais of the SSPX was pleasing to the Holy Father, but Fellay stressed: "He is against everything we stand for, but as a life he liked it."

Another interesting detail is the Pope's statement, which made mention of a lawyer for the Brotherhood - how this meeting came to be, is not known: "These people here, they think that I'm going to excommunicate them, but they are wrong." And again: "I will not condemn, and I will not stop anyone from visiting them." What exactly the term "visit" was not evident from the discussion. Bishop Fellay warned against this information, but still, to wait.

The District Superior of Argentina, Father Christian Bouchacourt, once had a to do with the former Archbishop of Buenos Aires, Jorge Mario Cardinal Bergoglio. Bouchacourt asked a favor of Bergolio of an administrative nature to solve a problem in terms of residency. The Left Argentine government made use of a Concordat established between the Church and the State, "to harass quite seriously and increasingly" the Society, and told them: "You claim to be Catholic, so it's necessary for you to have the signature of the bishop, in order to settle in this country," so Bouchacourt went to Bergoglio and described the problem to him: "There was a simple solution, and that would be to designate us as an independent church [before the civil law], but we did not do that because we are Catholic." The Cardinal replied:" No, no, you're Catholic, that is obvious, I'll help you." He then wrote a letter in favor of the SSPX to the government..

At the same time the state had produced a letter from the Apostolic Nuncio, which had claimed the opposite. Fellay continues: "Now he is the Pope, and our lawyer had to have the opportunity to meet with the Pope. He told him that the problem with the Brotherhood still exists, and asked him to appoint a bishop in Argentina, with which we could clean up the problem." According to Fellay, Pope Francis said, "Yes, and this bishop is myself, I promised to help, and I'll do that." So far, nothing has happened, but this is what the Holy Father had said.