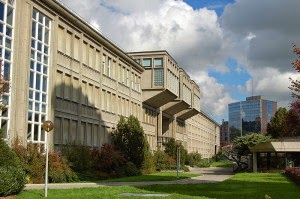 (Fribourg),  University of Fribourg founded in 1889 in the Swiss canton of the same name was born of the desire of Swiss Catholics to have their own university in the Catholic Switzerland. Catholic predecessor institutions go back to the 16th Century. This Catholic oriented, though never officially Catholic University, plans to set up a course of study for Islamic Imams in next autumn.
The project is promoted mainly from the Egyptologist Antonio Loprieno, the Rector of the University of Basel and chairman of the Protestant Waldensian Church  of Basel. Loprieno chaired the multi-faith working group for further training  of imams and Islamic religious education teachers, which was established by the federal government. In an interview he said of the project: "The idea came from a dialogue which was conducted at the federal level for several years with the existing in Switzerland Islamic communities and organizations. It is an attempt to create a course that promotes on one hand the Integration of Muslims in the increasingly multi-cultural and Swiss society and on the other hand advancing a high quality theological debate on European Islam in general and Islam in particular the Swiss. "

Swiss Muslims 'Satisfied' - Paid for by the Taxpayer

Liked shows the Islamic community. According to a survey by the University of Zurich is a majority of Muslims living in Switzerland for a training of imams and Islamic religion teachers in Switzerland. Hicham Maizar, the person in charge of the Federation of Islamic Organizations in Switzerland and chairman of the Swiss Religious Council said: "I am happy to note that a great step has been made. There are Muslims living in Switzerland for more than 50 years. We need to build bridges between them, society and the state authorities. We have established and shown that there can be Swiss and Muslims at the same time to dialogue  from the beginning. "
Hicham Maizar said that the cost of the participation of Muslims living in Switzerland  the cost is "unrealistic". The courses are financed therefore by the Swiss taxpayer, specifically by the Swiss Federal Government and the Canton of Fribourg.The long-term sponsorship is still unclear, as the rector of the University of Freiburg said. Discussions between the university and the federal government are underway.

The project also sparked strong doubts and protests. First of all deputies of the Swiss People's Party (SVP) and the Christian Democratic People's Party of Switzerland (CVP) of the Canton of Fribourg warn of potential hazards with Islamist infiltration. MEPs want with their initiative received the Christian character of the university. They have asked the Great Council of State of the Canton to dissuade the University from setting up the controversial courses. Antonio Loprieno is convinced, however, that the courses will be a sure success: "It is impossible that Islamism penetrates to the university, which has a strong liberal tradition." Freiburg Rector Guido Vergauwen sees in the project, however, a "chance"  to strengthen positioning of the Faculty of Theology of the University of Freiburg, "even as a location for interreligious dialogue."
In the Federal Republic of Germany comparable courses of study have been established recently at four locations. The background is an increasing penetration of Islamic religious instruction in public schools. The Swiss project approximately follows the German national project.
Text: Giuseppe Nardi
image: Wikicommons
Trans: Tancred vekron99@hotmail.com
Link to Katholisches...
AMGD
Posted by Tancred at 11:43 AM