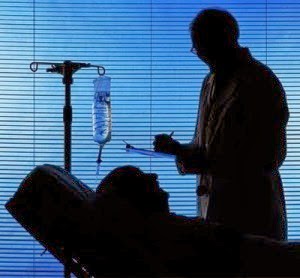 King Baudoin had refused to sign the abortion law in 1990. Unlike his father, King Albert II  signed the euthanasia law in 2002,  King Philippe 2014 has also put the death law    without hesitation into force. The law goes takes effect  on 25 May 2014.
The euthanasia of children for the death ideologues is already yesterday's news. Once they had the new stage victory in the bag, they already came for the next "expansion" from the drawer: "euthanasia without request."

From the Explicit Request for "Euthanasia Without Request"

Both the 2002 Law and the Revision of 2014 are based on the principle that euthanasia could take place only at the express request of the person concerned. The door has   nevertheless already been opened   wide to abuse, because the controls do not work, as numerous cases demonstrate. The state will to effective control is not in effect. Euthanasia is seen implicitly in some respects as in the interests of the state. The revised law  is heading into outright abuse.
Jean-Louis Vincent, the former President of the Belgian Society of Intensive Therapy is advocating, "to go further" and allow the "sweet death", "without the patient having to sign documents".
In Belgium, says Vincent, euthanasia should be allowed without an application. In other words, arbitrary euthanasia in Wild West style. The daily Le Soir published   of Jean-Louis Vincent, Chief of the Department of Intensive Care at  Erasme Hospital's  suggestion,   It calls for a law that "condemns therapeutic obstinacy" and therefore "the application of euthanasia is allowed", even if no request is available from  the patient.

The Next Propaganda Ploy

A new propaganda ploy. As therapeutic determination applies therapeutic disproportionality in achieving the therapeutic target to achieve an improvement of the health status or the cure of the patient. Such a manner of treatment has never been approved and is also supported by any legal system. Therefore,it is brought into play in order to euthanize people  that did not want it as a mere pretext.
Vincent requested that  the treating physician or the hospital management  should be able to arbitrarily kill patients in their care. The suggestion can be brutal reality, about which  the euthanasia opponents,  especially the Catholic Church have always warned: The legalization of euthanasia leads gradually to the complete defenselessness of man. A patient is admitted to hospital and has to fear being secretly murdered. And this is completely legal. Of course, Vincent sees "rules" before, but the whole euthanasia legalization of Belgium is a single proof that these rules do not work. The legalization of euthanasia in Belgium also discloses systematic  salami tactics, which slice by slice passes through to the complete disinhibition of killing.

The killing without an application will ultimately be brought  to the question of cost. Health expenditures are exploding, wherefore we take the tendency to dispose of costly cases. Euthanasia is not a tool of racial hygiene as in Nazism, but as an aid,  an instrument of "financial health" for the finances of the state and health insurance with a tough cash component:  the socially disadvantaged will have  much more  need to fear for life and limb  than the rich.
Vincent  openly told Le Soir   that today the "euthanasia without application is regularly practiced in Belgium". His conclusion  is not an outcry, but the claim that it is therefore only fair to officially recognize this Praxis. What has always been vehemently denied in the past 20 years,  the debate of euthanasia advocates, is now, as the euthanasia has become "for all" in  the law, will be openly acknowledged and even used to justify even more opportunities for killing.

Vincent says it plainly: It was not a question to withhold life saving measures from the patient only withhold, but "thus to administer large doses of sedatives to hasten the death of those people whose quality of life has become insufficient. These patients are not sufficiently conscious to make an express request ". It is the doctor, the hospital management, health insurance, the state that takes over the decision for the patient and in the sense of "presumed death wish,"  the "accelerates death," said Vincent.
Doctors in all countries indicate that there is no need for a euthanasia debate, which is done with the excuse that patients would be rid of a "unbearable suffering". The palliative care  to be had today is capable of soothing all pain situations under control. The costs of palliative care, however, are higher than the "quick death" of the patient. This was a significant "reason" for the current euthanasia debate being called: money.

Culture of Death: Threatens Life in Belgium in all Phases

The whole euthanasia debate of recent years was conducted under the heading of self-determining people. The man should be free to determine to want to die. Euthanasia is represented as an act of free will. An obvious lie, or at best a partial truth. The demands of the culture of life for the protection of human life at every stage of life, has been turned into the exact opposite of Belgium. A culture of death has prevailed there, that life can be killed potentially in all its stages today. In 1990, the killing of unborn life in the womb was legalized.  In 2002, the killing of native-born adults who are not mentally ill, and now categorically from 2014, all infants.
At a stroke, the previous argument for the self-determination of the people is, however, reversed to its opposite. "Only" he who  explicitly makes an application is to be killed, was the case   until yesterday. But yesterday is yesterday and today is today. In positivist thinking everything is in flux and becomes more and more deadly electrocution. Now it is said that  indeed people who gives are not even able to decide are included. What was yesterday explicitly denied is today  the basis for argumentation. Tomorrow it will mean that one has to be euthanized because the cost of treatment will no longer be viable. At least not the cost for the poor, eventually ultimately, only money will  count.
Vincent dismantled in La Soir  the myth in connection with euthanasia   of self-determination. But who cares. The euthanasia law has just come into force. Now you can honestly continue and pass to the next stage.
Text: Giuseppe Nardi
image: Tempi
Trans: Tancred vekron99@hotmail.com.

Doesn't the clergy in Belgium know the everlasting torments of hell are the price of euthanasia? If so, why aren't they doing anything to prevent it? The same will happen to them for their silence.

The sexual sins of this country and their neighbors is just as appalling. Such a Godless area of the globe.

They talk about a child making a "request" to die. Is that a tacit admission that a child cannot "consent" to such? So others will consent supposedly on the child's behalf. And what about the child who is so ill or disabled that he cannot even make a request? I would have thought that the death mongers would be even keener to kill such a child. So is the next step to remove the need for a "request"?