210,000 Signatures for King Philippe -- Not to Sign the Child Euthanasia Law 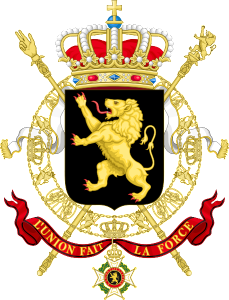 (Brussels) Philippe, King of the Belgians,  was presented with 210,000 signatures  by citizens who asked him not to sign the law for the child euthanasia.  Without the signature of the King, the law can not attain legal force. Belgium would be the world's first country that allows euthanasia of children.
The example of his predecessors in similar situations is inconsistent. His uncle, King Baudouin (1951-1993), refused to sign the law legalizing abortion. To resolve the constitutional conflict and to prevent the abolition of the monarchy, he resigned for a day. On this day the law was put into force without his intervention.  Because he had no children, his younger brother Albert II was succeeded as King of the Belgians. He had   no qualms of conscience in 2002 to sign the euthanasia law in force. Reigning since 2013,  King Philippe is the son of Albert II.
Text: Giuseppe Nardi
image: Wikicommons
Posted by Tancred at 12:07 PM