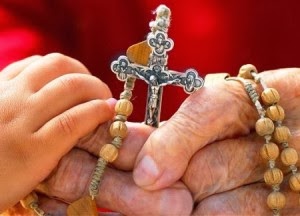 (Cairo) Bishoy Armiya is the most famous Egyptian convert. On 4 December, the Christian was again arrested by the Egyptian police.
Before his conversion he was called Mohamed Hegazy and was a Muslim. After he had converted to Jesus Christ,  Bishoy Armiya was desperate to avoid the current practice that conversions of Muslims to Christianity are not recognized officially in Egypt. Other converts become Christians, but do so outside of constraints by the authorities. Armiya however, began a protracted battle in order to be officially accepted that he is not Muslim, but Christian.
Specifically, he demanded that his religion is changed in his identity card. For this he was arrested in 2010. The charge was "proselytizing". In police custody Bischoy Armiya was severely maltreated. Through torture, the police tried to force him to return to Islam. Several fatwas were imposed against  Christians, in which he was condemned to death as a "renegade". Armiya was forced to move several times for safety with his family.
On Wednesday, Egypt's best-known convert was arrested again. The charge is again "proselytism". This time, however, Armiya is accused of persuading other Muslims to apostasy from Islam and to have them converted to Christianity.
Text: Giuseppe Nardi
Photo: Christian News
Trans: Tancred vekron99@hotmail.com
Link to Katholisches....
AMGD
Posted by Tancred at 7:51 PM