The Way to Exile -- Purge Against Franciscans of the Immaculate

(Florence) The dismantling of the Franciscans of the Immaculate continues. Two of the best known members of the order, Father Serafino Lanzetta Mary and Father Paolo Maria Siano were discharged from their previous tasks. Coordinamento Toscano formed in the wake of Benedict XVI's Motu Proprio Summorum Pontificum is speaking of "purge" and "exile". Father Lanzettta was transferred to Austria, Father Siano to Africa.

Father and Father Paolo Serafino are among the most prominent participants in the discussion initiated by Benedict XVI. in the discussion of the Second Vatican Council and its interpretation. Both participated in the apostolate in lengthy and notable lecturing activity. Father Serafino M. Lanzetta participated as speaker at annual conferences for all Motu Proprio Summorum Pontificum and he himself organized such meetings in the context of the Franciscans of the Immaculate. Father Paolo M. Siano is a renowned Church Historian. Recently on the 10th of September, he presented his latest book in Rome about Freemasonry ( see separate report ). He dealt extensively with the spiritual roots and positions of the Lodges and their incompatibility with the Catholic faith. Similarly, the harmful influence of the Lodges and their fight against the Catholic Church.

Request to be Allowed to Continue to Celebrate the Old Rite as a Dividing Line?

With the approval of Pope Francis, the Congregation of Religious had placed the Order of the Franciscans of the Immaculate under provisional administration of the Holy See last July. From the 11th of August all the priests of the Order are prohibited from celebrating the Traditional Rite. Everyone must seek a special permit, which allows a precise filing of each individual. Father Serafino and Father Paolo immediately sought the special permission and therefore were not presented the desired page. The Apostolic Commissioner granted permission, but with conditions.

Father Serafino is a young priest and promising theologian. His most recent book release includes Iuxta Modum, in which he mentions tradition as the only possible interpretation of the Second Vatican Council. Together with the Founder and Superior General, Father Manelli, he oversaw the publication of several conference proceedings of the Order, on topics such as Hell and The Second Vatican Council: a Pastoral Council. Historical-philosophical-theological Analysis. Under Pope Benedict XVI. he was welcome author in L'Osservatore Romano . In 2011 he was among those who warned against the "Spirit of Assisi". 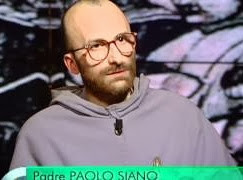 The Famous Moral Theologian and Confessor Father Lanzetta to Austria

Father Lanzetta is mainly known, however, for his pastoral zeal, his devotion to Mary, and his work as a confessor. He has now been removed as pastor of Ognissanti in Florence, a Parish of the Order and one of their most important religious centers and has to also had to give up his teaching as a moral theologian at the Seminary of Mary Mediatrix. Originally it was effective immediately on the 4th of October that he was to leave Florence. Because of a bureaucratic settlement he may stay until the 21st of October. As an exile he was assigned to Kitzbühel in Tyrol, where is the only monastery of the Order in the German speaking area. In the absence of German language skills for a confessor a double turning point.

Father Paolo M. Siano, whose recent publications on Freemasonry, as expected, could not remain without response, was transferred to Africa.

When the news became known on traditional internet sites in Italy, there was a flood of comments in which believers disappointed, appalled and disgusted feel of the procedure against the Franciscans of the Immaculate. Many commentators questioned the frequent calls to "Mercy" by Francis Pope and point towards the fact that the action against the Order has his endorsement and he even refused the Order the opportunity to file a protest. As Chiesa e Postconcilio (Post-Conciliar Church) states:

This looks like coordinated persecution of holy men to prevent their continuing with their work of saving souls. It is unjust and the Holy See justice system needs to take seisin of this case immediately.

Ya think? Welcome to the party, pal.

It seems the particularly holy and faithful priests from the founders on down have been unjustly persecuted just for their obedience to Pope Benedict and the Summorum Pontificum. The devil is in the details. But this persecution shows me even more the power in the 'extraordinary form' of the holy Mass That is the form the enemy of souls really hates and this fast growing order was embracing it with both hands and so the attack came on--sadly from within.

Well not entirely... It is time to expose the freemasons and crush them!

The history of the beginnings of Discalced Carmelits and the try to destroy the reform of St. Teresa of Avila and St. John of the Cross by slack and secularized members of the congregation is being repeated once again... Remember the pitiful role of master general G. B. Rossi and apostolic nuntio Philip Segi... Check the names: Tostado, Magdalena, Maldonado...

The author refers to the transfer to Africa as a "banishment." Does he have as much contempt for the African church and continent as that statement makes him sound? I have read elsewhere that the number of complainants within the order that led to the Holy See's action is far larger than discussed in these parts. And by the way, Kitzbuehl is not exactly a hardship posting. I lived in Austria for four years and it is a beautiful spot.

That's all in your mind.

Yeah sure arnold, "secret complaints". The fact is that this bishop of Rome is beginning to very much match Saint Francis's description of "the Destroyer."

What are the similarities and differences between this "Franciscans of the Immaculate affair" and the "'Dissident' branch of St. Johns Sisters" that Benedict XVI dissolved?

I am very disturbed by this. Daily TLM ended in Singapore with these disciplines. Also, why is the Vatican not going after lax new orders, which are charismatic at based and much less in keeping with any tradition in the Catholic Church? Selective persecution..

The only concern the Vatican has for Catholic tradition is to extinguish it.

What disturbs me is that so many Catholics continue to be naive when it comes to the Vatican. Those in charge are not our friends nor are they the friends of Christ. They are Protestant, Masonic and Pagan all rolled into one and we should be praying for them as relentlessly as we should be fleeing from their errors. Read and learn what is the Catholicism of Jesus and you will run from these Modernists like the devil was on your tail. Because it is.

Members of this order have written in support of the concept of Vatican II as being a "rupture," which is antithetical to the concept of "continuity," which has been supported by Blessed John Paul the Greatest and Benedict XVI.

There isn't a single Jesuit University that doesn't have faculty supporting rupture of some kind, and yet, visitors aren't dispatched to jokes like Boston College or heretical Georgetown to close them down.

Or Visitors are dispatched but the result is a whitewash, and nothing significant is done to stop the "dissent".

Fr. Siano's health will probably not stand the malaria and sickness of the African continent. He is a humble Priest i hear and will go out of obedience hope his health can take it.

We should trust in God more. If they are doing God's work (which no doubt they are), it will survive. All founders of religious orders experienced opposition, not all of it from evil-minded people. As holy men and women, they were not disturbed; they did not rail against others; they maintained obedience.

They should fight back, for the love of God. That's what real men do.

It’s horrible how these wonderful, dedicated, priests are being punished. Meanwhile, Father Angelo, one of the early dissidents has been rewarded with a sabbatical to the United Stated followed by returning to Rome to attend school. Nice deal. Father Angelo’s role in all of this troubles me greatly. He is clearly a highly intelligent priest. I listen to his sermons regularly. But yet he was deeply involved in the removal of Father Manelli and his entire management team. In another blog by Taylor Marshall Father Angelo is quoted as saying “that the FIs are sipping from the radical traditionalist cool aid”. Taylor Marshall continues by defining radical traditionalist as someone who believes:
a) the denial of the Jewish holocaust
b) the outright denial of Vatican 2 as a valid council
c) rhetorical style of the Rorate Caeli blog
d) the embrace of isolationist sub-culture of Catholicism or “Amish Catholicism”
e) the denial the charismatic gifts and the charistmatic movement
f) sympathy for the Bp Williamson’s style of traditionalism
g) disdain for Pope John Paul II and Pope Francis
h) the belief that Latin Mass Catholics are “A Team” and Novus Ordo Catholics are “B Team”
i) Gnostic ecclesiology – that “traditionalists” form the one true invisible Catholic Church
I have requested Father Angelo respond to all of this but he has refused.
Father Z’s blog has reported that over 200 friars at FFI have petitioned Rome that they be permitted to leave FFI and be allowed to form another Franciscan community devoted to the Latin mass. Good luck.
All of this is systematic of the problems in FFI. I wonder what a new survey within the Order would say about current morale. Not very high I assume. Such a survey would probably support the need for a NEW team leading FFI. God Bless the Franciscan Friars of the Immaculate.

Taylor Marshall is a sanctimonious jackass who wages war against Catholics on behalf of a non-Catholic ideology.

Father Angelo has not denied his quote. I was hoping Marshall's extreme interpretation what have prompted a response from Father Angelo but he must be relaxing in America.

A Motu Propio from a Pope holds the same authority as Canon Law, if not higher authority. Those violating the Pontifical rights of the Franciscans of the Immaculate, are the ones who need to be disciplined. Preferably excommunication.

"Taylor Marshall is a sanctimonious jackass who wages war against Catholics on behalf of a non-Catholic ideology."

No, 'trancred' you are definitely not the 'most beautiful'.

I have nothing against tradition - Latin Mass or anything else. What I do find disturbing - that the fruit of these sacraments be manifest hypocrisy and suggests that the this Marshall person is wholly correct.

Marshall is wholly dishonest, and frequently says things about traditionalists which are not only completely false but malicious as well.

God bless the good Franciscans of the Immaculate. It is shocking that they should be treated so badly - and it is confusing.

Father Serafino, your are a shining light of Catholicism, God bless you,
Eamon.

If I understood the article correctly, he is a confessor, and he doesn't speak German, which is the language of the area. So he is neatly rendered silent.

It seemed like another form of internal exile or house arrest.