Is Euthanasia the Only Answer to Bad Conditions in Prisons? -- Ten Belgian Prisoners Want to be Killed 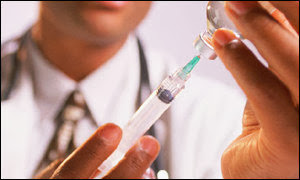 (Brussels) Belgium:  the Catholic Austrian Netherlands for euthanasia Eldorado? Ten Belgian prisoners have applied for euthanasia. One will get it.  One Belgian senator and a journalist ask: "Did we not abolish the death penalty abolished in 1996?"
The judges have it Frank, granted to a prisoner, to "liberate" by euthanasia in liability fate.  Frank, however, does not meet the conditions set by the Belgian euthanasia law requirements. He is neither in the "final stages of an incurable disease" yet he suffers "unbearable pain". Yet since the euthanasia law has entered into force  in Belgium  it is allowed  to legally carry someone into the afterlife, creating a ever increasing gray area. Doctors, judges, authorities have interpreted the law in an increasingly "generous"  from.
What was granted in 2002 with the claim that  only  allow it only very narrowly defined and well-defined circumstances, the legalized killing, has developed a long uncontrolled momentum.

A total of ten Belgian prisoners have sought euthanasia in the "detention facility" . This was reported by the Belgian television program Panorama this October 20th. They broadcast a report on euthanasia in Belgium prisons.

So far, only a single Belgian prisoner has been granted euthanasia, according to the doctor Francis Van Mol, who is the Director General of the Health Service in Belgian prisons. The prisoner called Frank VDB  had applied for euthanasia in 2012.  And it was granted to him. The lethal injection has not yet been given. The journalist Dirk Leestmans interviewed Frank for Panorama . Frank said, he does not want to be released from prison, because he considers himself "dangerous". In prison, however, he has suffered under the deprivation of liberty. He considers it "unbearable suffering" to be locked in a cell.

The same reasoning was described by nine other prisoners, who were also seeking  "freedom" by being killed. This cause was made known  by  the Belgian Senator Louis Ide. He brought it to the public, that in Belgium prisons prisoners will be killed rather to stay locked up as in the cell. The situation in the prisons was "intolerable" said the Senator, not the lives of these prisoners. Overcrowding, inadequate facilities, no way to work and no prospect of a future that may be the reasons, the prisoners  prefer to leave in death, instead of the "Hell" a bank of the oars  in the prison system, said  the senator ."Who would ever endure, to be confined for 23 hours a day to just two square meters, which is what is available to a prisoner in Belgian prisons," said Senator Ide. The application is made obviously  from despair.

Even the journalist Leestmans is at the end of his report, questions whether euthanasia requests of prisoners are not caused by intolerable living conditions in Belgian prisons: "Is Frank asking about being killed because he is sick, or because the conditions of life in prison as are bad? Is there no other way to relieve Frank's suffering than to kill him? Was not the death penalty abolished in Belgium in 1996? "

Also of the other nine prisoners who have applied for euthanasia, no one is in the final stages of a disease. To be precise, no one is really sick. Death is the only perspective of a prisoner in a civilized country? Or should euthanasia free detention places that are needed urgently for the many new additions? Euthanasia as part of the austerity measures of the state?
"Recently, the law will also apply to people who are not sick at all, but claim unbearable suffering ',"  said Leestmans in his report.
In the meantime  numerous studies and media reports state that the Belgian euthanasia law is abused in a startling way.  And  this happens everywhere. Obviously, the abuse has reached the prison, should Frank really  be killed.
Text: Giuseppe Nardi
Image: Tempi
Trans: Tancred vekron99@hotmail.com

Link to katholisches... AMGD
Posted by Tancred at 3:31 PM