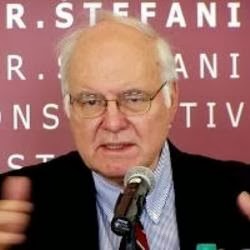 He calls the poor suffering Catholics hanging on by sheer will through 50 years of apostacy "unstable extremists"? That is all I need to know about this jackass.

Novak has always been a Liberal, a purveyor of Lonerganism and Liberalism, but he's still criticizing this Pope. Amazing.

It truly is amazing. There might be hope even for the likes of him.

Where would all these statements of Our Pope lead the world ? Adding to the confusions

And Novak is a "Catholic philosopher"?

I need a drink.

Why is God not showing us His face; why the curtain?

Mr. Novak has no credentials to criticize a Spirirt inspired teacher like our Holy Father Francis

Whatever your enthusiasms, he's alienated a lot of people who have historically been practically papolaters, like yourself I imagine. At least Pro-Lifers have the sanctity of human life and the evils of abortion down, even if they miss many other things, thanks to poor catechesis, but many of Francis' new fans are even less well-formed.

Jesus alienated a few in Nazareth also! Let us be grateful for the Pope God has chosen for us at this time in our Church's history
The retrentrenchment and fear of the past few decades is over.

Stop pretending that your thoughts coincide with His.

Whose yearly do? Certainly not those expressed in this blog!

Pope Francis considers unemployment and loneliness the world's gravest evils. Well, just as he has given endless work to his online apologists, so he's created a boon in liquor sales in traditionally Catholic areas. Bottums up! --> http://ebougis.wordpress.com/the-f1-fx-files-my-ongoing-discernment-of-pope-francis/

You're a soft-ultramontanist tool. Stop flaming the faithful. Open your eyes. Bergoglio was anti-traditional and divisive in Argentina, hence Pope Francis is, too.

Rorate’s stock is going up.

The Novak quotes that have been republished in this blog post sound just as disjointed and confusing as the coverage the secular media has been giving regarding the Pope's comments. This post certainly doesn't give sufficient context to understand Novak's comments, let alone elicit all this upset over them.

Christ contradicted The Word of God?

Even the Apostles did not understand at times. So it is O.K. if some people do not understand the Lord's representative on earth. They need to be humble, instead of being negative, and ask for light, understanding...