Swiss Television Broadcasts a Documentary about the SSPX 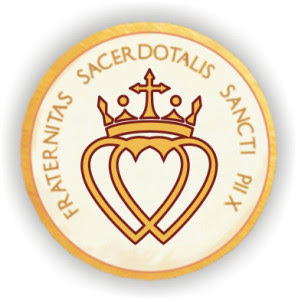 (Econe) Télévision Suisse Romande (RTS), the public broadcaster for the French speaking Switzerland broadcast a short documentary about the SSPX on 23 March on their channel RTS.

Founded by Archbishop Marcel Lefebvre, the SSPX has had no canonical recognition since 1975. One approach initiated, beginning in 2005 by Pope Benedict XVI., which culminated in 2011 to a concrete agreement talks, has led to no result yet. Shortly before his resignation the Pope indicated that he would leave the question of his successor.

Benedict XVI. has offered the Society a canonical recognition by the establishment of a personal prelature. At the same time the Fraternity was given a “Doctrinal Preamble", whose signing was made a condition for the recognition. The Society currently rejects the formula contained therein with which it is to recognize the Second Vatican Council. The response of the Society to the “Doctrinal Preamble" is pending.

Link to Katholisches…
Posted by Tancred at 11:02 PM