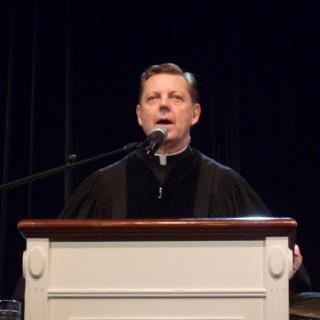 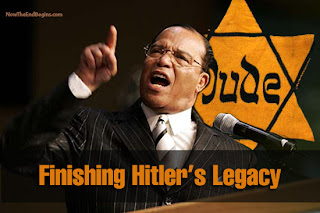 I saw Father Pfleger on a program(can't recall what) just a short while ago.I just stood in front of the screen agape.He talked quite sensibly in his own voice I assume.I never saw him like that before.It seemed surreal.For me he had no credibility because I couldn't see through the image in my minds eye of the only way I had ever seen him before.

I can't disagree with all that they say of the Jews. They do control goverments, banks and Hollywood. And right now they control the Vatican.

Farrakhan is a vile human being and adherent of the Devil's religion. He should have been imprisoned decades ago.

The priest? He suffers from a form of demonic possession. That is quite obvious. He should not even have access to a Catholic pulpit. Who's fault is that? His?

"Father" Pfleger is yet another example of a priest who has apostasized from the Catholic faith and now is leading his flock into perdition by fawning over an evil man like Farrakhan.

Apologies. vaticaninsider.lastampa. Click on inquiries and interviews . Cardinal Rai interview is there .

He's only "unstoppable" because Cardinal George refuses to exercise his authority and his backbone.

If he would utter just one word about Homosexuality being a sin he'd be muzzled by golly real quick.