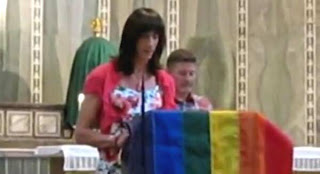 Some one once said that if a clock is broken it'll still be right at least twice a day, but if a moral-compass is broken it's always going to be wrong. We come to the moral-compass of the Church - expecting the moral compass to change it's bearing for us is, well, it's broke.

I'm afraid this isn't very comprehensible. The translation is poor, and it gives no indication of where Mueller said it, to whom or if it is in any way possible to confirm it.

I agree with Hilary, a lot of reading with no real idea waht Archbishop Mueller is planning to do. Perhaps we need to hear from the Pope!!

Do you speak German?

Katholisches is usually reliable, and this is a substantial issue which has been swept under the rug for a long time.

If Katholisches reports that the Archbishop is going to do something about it, something is forthcoming either now or in the near future.