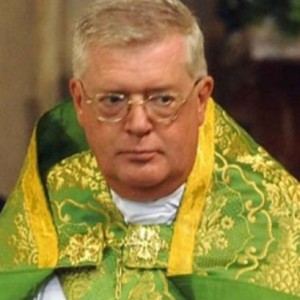 (Vatican) On the head of the Papal Commission of Ecclesia Dei there is still another shakeup.  On the 2nd of July Pope Benedict XVI named the German Bishop Gerhard Ludwig Müller as new Prefect of the CDF and also as President of Ecclesia Dei.  Already on the 26th of June the American Curial Bishop Joseph Augustine Di Noia OP was named Vice President of the Papal Commission, responsible for the communities attached to tradition and the continuing discussions of reconciliation for the Society of St. Pius X.  Presently the secretary of the Commission till now, Msgr. Guido Pozzo will be called to be the new Papal Almoner.

Since 2009, Msgr. Pozzo has been the Coordinator of Traditional Communities

Msgr. Pozzo was, since July 8th 2009, the number two in the Papal Commission Ecclesia Dei. On the same day Pope Benedict aligned the Commission with the Motu Proprio Ecclesiae unitatem, to the CDF.   Since then the Prefect of the Congregation of Doctrine and the Faith is automatically also the Ecclesia Dei Commission.  The structure of 2009 succeeded already with a view to the foreseeable reconciliation talks with the Society which began in October of the same year.

If the current structure of the Commission signals the end of a chapter or a further attempt at a settlement with the Society founded by Archbishop Marcel Lefebvre is still not foreseen.  Within a few months the entire leadership of Ecclesia Dei Commission will be exchanged.  Curial Bishop Di Noia will thus be the leader in charge of Curial offices of  Tradition.  His appointment in early summer was hailed by several as an outspoken declaration and gesture toward the Society and those attached to Tradition.  Then the summer break began with concrete work in his new office.  On his writing desk there has been, since June, the running  situation on the talks with the Society.  He is also, however, the first point of contact for all traditional communities in canonical union with Rome.

The Spanish Curial Bishop and the current Director of the Apostolic Almoner Authority, the Eleemosynaria Apostolica, Msgr. Felix del Blanco Prieto, asked the Pope at the completion of his 75th year to be delivered from his office, which he has occupied since 2007.  The request may be accepted by Pope Benedict in the coming days, as Andrea Tonrielli reports.  In this position will step the Italian, Pozzo, who in the last three years has coordinated the dialog between the Holy See and the Society will little success.

Msgr. Pozzo was born in 1951, born in harbor city, stamped with a central European feel, Trieste on the upper Adriatic.  He was ordained a Diocesan priest in 1977.  In 1987 he entered in the service of the Rooman Curia, concretely with the Congregation of the Doctrine and the Faith,  which was then headed by Joseph Cardinal Ratzinger.  He taught at the Lateran University and was the accompanying Secretary of the International Theological Commission.

The exchange in the administration of the Almoner means an elevation of position.  The Almoner of the Pope has the rank of Archbishop.  He is a member of the Papal family and has his place at the side of the Prefect of the Papal House in all ceremonies and audiences.  His offices goes back to the first centuries of the Church, as the Deacono and one or more family members of the Pope cared for the distribution of alms.  The charitable office was substantially mentioned in a Bull of Pope Innocent III (1198-1216) with the note that it had existed since antiquity.  The Apostolic Administration of Alms was then created in the 13th century by Pope Gregory X.  Since the Pontificate of Leo XIII the Almoner also cares for the Apostolic blessings granted by the Pope.  The Curial Archbishop signs the  notification on parchment and forwards it to the addressee.

The current occupant of the office, Msgr Blanco Prieto, is in the service of the Diplomatic Corps.  Following service in various lands in the Nunciature, he was called to service in the Roman Curia and awarded the honorary office.   There are calls for hep from throughout the entire world to the almoner.  Too be considered, they receive endorsement from a parish priest.  The office evaluates the request and grants help.  "We are not there, to promote great works or projects, as noble as they might be.  There are other means it.  We are there to directly help individuals.  It is a small, but concrete help,"  says Msgr. Blanco Prieto to Osservatore Romano.