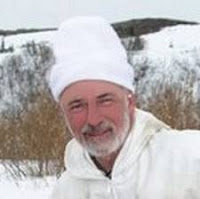 HAHAHAHAHA ... HE IS AS GUILTY AS THEY COME BROTHER ! WHOEVER WROTE THIS BOGUS BLOWHARD B.S. IS A CORAPIAN WHO DROOLS OVER THE CON MAN - LIAR - SEXUAL DEVIANT - MONEY HUNGRY - SEXTING - HYPOCRITE

What is tje status of his lawsuit against his accuser

Listen to all his TALKS....
I think YOUR THE BLOWHARD ANONYMOUS...

YOU MUST MEAN THE TALKS HE NEVER WALKED . HAVE A CUP - O - LMAO AND A GROUP HUG ! LOL

He already has gone to court to get a restraining order against the violent and mentally imbalanced woman and her companion who threatened him.

Also, the alleged text messages and other financial records would be irrelevant to the actual breach of contract.

he spoke the truth and your fake pope had the jesuits frame him to get him off the air.boils down they cant handle the truth.GOD stands with him and no one can stand against him. corapi is innocent "!!".

corapi u would be a great adventist

My Husband just passed away, His Faith was renewed & Strengthened By Father Corapi, He always loved him and continued to until his Death on June 11. If Father Corapi is reading this I hope he knows how grateful I am that he shared his gift so abundantly and for also renewing our Faith In Jesus Christ and his Church. My Husband James always watched Father Corapi on EWTN, I bought him the Catechism of the Catholic Church that Fr.Corapi had done. I pray for Father and I know my Husband who I believe is in Heaven is continuing those prayers. GOD BLESS YOU FATHER Where Ever You are My Prayers are always with you Pray for My Husband James Humphrey.

The anti-Corapi sound-offs more than likely are not church goers & don't like to hear the truth as Father John Corapi gave in his talks. He always spoke the truth. If you don't have anything good to say about him, "KEEP YOUR OPINIONS TO YOURSELF"!!!!!
I do not like to hear the negative nonsense spewing from your sinful, sluggish mind. One by one they are silencing our wonderful priests who tell the truth. Satan is really busy turning people away from God. You are in my prayers Father Corapi. God bless.

Father Corapi helped many of us with his wonderful talks on the teachings of our Church. Most of all, he gave us sinners all hope by his own history of confessing the evil of his previous life and then finding the truth through Holy Mother Church. We wait now to see how he handles obedience and repentance. From the heart of one repentant sinner to another....God bless you Father.

Pray for all priests said...

Father Corapi is of a good tree and he has given MUCH good fruit. You seem to enjoy calling Jesus a liar.

You also seem to enjoy the role of judging another, especially this good priest who may well need many prayers but is hardly the demon you pronounce him to be. If the devil does not torment you, it may be because you already do his bidding. Others know full well that the more you serve Christ the more the devil attacks you where you are weakest. Ask Peter. Ask Pio.

Now, go pray for priests or get lost.

"I do not like to hear the negative nonsense spewing from your sinful, sluggish mind?!?!?!" Who are you to label another person a slow-minded sinner? Christians are called to always act charitably....your words are anything but charitable. Check youself, chach

I agree... Father Corapi, and Mother Angelica, along with EWTN gave me the understanding of the truth of our church which I had never known growing up. Because of them I have been going to mass and receiving the precious body and blood of Christ for the last 5 years. Thank you for your work. Father Corapi would say if we want the people back in the church that each one of us catholics must be the best catholic he or she could be, and then we would need to build new churches to meet the need. I want to say God bless each of you, and you are always in my prayers... Thanks...

Fr Corapi has given his all and I believe satan has targeted him big time. Holy Spirit comfort, protect and give him strength.

His accuser is a drunkin mad raven lying lunatic... She and he dumb mental toy boy is sick in the head, they both set Father Corapi up... The Above comment...See below is from her camp... The dwags, You who are evil will reap what u sow.... We must pray for them for they surely are looking @ the gates of HELL... Repent before its too late for Jesus comes like a thief in the night....The accuser is a liar..
AnonymousMay 23, 2012 1:08 AM... The dwag group of sickos

well look at who just replied...You got the sack and no more hand outs for you and your little young husband... isn't it about time you spoke the truth....