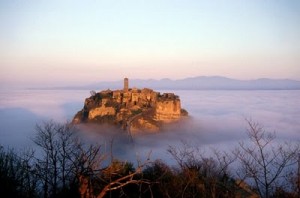 (Rome) Father Theodossios of the Cross in the Archdiocese of Genoa founded the Fraternitas Beatissimae Viriginis Mariae with the permission of Cardinal Siri in1968. It is today active in Italy and France and operates numerous contacts to Scandanavia and to the Orient, but above all to Greece. The Society consists of two branches of consecrated life. The men's branch has the name Communitas Sacerdotalis Jesus Sacerdos et Rex and is a Society of Apostolic Life. The female branch is called Comunitas Agnus Dei and is in a canonical sense a religious institute.

The Society originated in the confusion which immediately followed the Second Vatican Council, with the objective, to protect and defend priestly identity and the unadulterated Catholic doctrine of the Faith. "In a time of upheavals and alteration Father Theodossios detected a necessity for renewal in the truth of the great tradition of the Church." He saw the roots of the society in the Apostolic School of St. Pope Pius X.

Close to the defense of the patrimony of the Faith, the concern for the Liturgy is the second column of the Society. The priests of the Society celebrate the Holy Sacrifice of the Mass simultaneously in the ordinary as well as in the Immemorial Mass of All Ages of the Roman Rite. They also concern themselves with Gregorian Choral and church music. The Society promotes consecration to Mary above all things.

All members of the Society are consecrated to the Mother of God. The priests operate parishes for the Diocese, in which they are recognized. The sisters devote themselves primarily to the spiritual apostolate as catechists, in the education of children, in hospital service and by spiritual retreats for families, custodians of churches and in service to the sacristy.

The General Superior of the Society at the time, Father Giacomo Maria di Jesus Sacerdos et Rex has his seat in Bagnoregio in the Italian region of Latium about 100 kilometers north of Rome. The male as well as the female branches operate educational institutions and retreat houses.

Email ThisBlogThis!Share to TwitterShare to FacebookShare to Pinterest
Labels: Isles in the Storm, Traditional Communities

I had the great grace a while back to spend some time with this community in Bagnoregio. I regret that my fluency in French and Italian was too negligible for an extended stay. If I were able to speak French or Italian with any fluency, I would seriously consider this community. I doubt I've ever been so warmly received. The community of nuns sing in choir for the Holy Mass. The devotion, piety and faith of the community is very encouraging.