Edit: As if to justify the Pope's words about "Overhanging structures", Archbishop Zollitsch steps in to provide evidence for it.

(kreuz.net) Freiburger organizers tried to abuse the Vigil Celebration before the morning Papal Mass for their Old Liberal purposes. 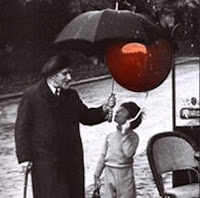 Youth were posed apparently explosive Church-related questions at the Freiburg Mass area where they were gathered.

Every youth received a red and a green balloon in his pilgrimage package.

Before the balloons were deployed, however, rhythm exercises were done, to bring those present into order and in agreement.

Finally the moderators posed the following questions of the evening:

- Do you find celibacy meaningful for today?

- Shouldn't the Pope be elected by the people of the Church?

- Are you personally behind the personal morals of the Vatican?

Participating youth reported that the questions were provocative and anti-Roman. They gave the impression of cheap propaganda against the Pope.


Red Balloons for the Homosexuals

The organizers also asked: Do you have anything against lived homosexuality?

The moderators commented: "We see a majority of red balloons! I think lived homosexuality is in order."

The responsibility for this scandalous pre-show is Archbishop Robert Zollitsch.

He has promised himself during this Papal visit, that at the next consistorium he will be named a Cardinal.