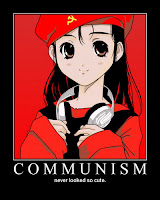 Thanks for this. It is a doozy.

Will CNA be equally aggressive in outing homosexual priests and bishops, and heretics and not-so-crypto-protestants I wonder? With all of CNA's resources, this is the best smear campaign against Voris that you were able to come up with? Sounds like Voris' company is in better shape than moth "catholic" hospitals, universities, dioceses, and parishes.

"you" should have been "they"...I didn't mean to imply that you were approving CNA's smears against Voris