Is Arturo Vasquez Also a Red? 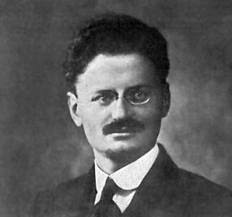 Arturo has been a kind of crypto-Gnostic presence on line for a while, considered by some to be an interesting "Traditional" Catholic with a unique, if unsystematic and emotional, approach to the Catholic experience. In a post where he criticizes a "what-if" scenario where the South wins the War of Northern Aggression, the ex-SSPX seminary student, not unlike another ex-seminary student, correctly asserts that the institution of Slavery would die out, owing perhaps to the high expense of the commodity.

Actually, and certainly one of the things he misses, serfdom in Russia, which is similar to Southern slavery, was being abolished just as the War of Northern Aggression was coming to a close in 1865. It wasn't merely the expense of keeping slaves without a slave trade, which certainly increased their expense, it was the invention of the modern Cotton Gin and the industrialization of Agriculture and Urbanization, then taking place in Russia and throughout the West.

In any event, Arturo goes on to say the following, using Marxist terminology and assumptions, to describe what was happening in the South as elsewhere, to explain the possibility of the Southern victory as being a victory for "progressivism".

If the South won, perhaps the United States and the world would be far more progressive, and not less. Only in Russia, an autocratic, pre-capitalist society, did an actual “socialist” revolution take place, precisely because only such a radical change could bring Russia into the 20th century. Perhaps if what is now the United States had been dominated by a rural autocracy and a backwards lumpenbourgeosie, it would have been the beacon of socialism, and not Russia, in a massive revolutionary movement. This would have been due to what Trotsky called, “combined and uneven development”. Defeating the South may have been the best friend that capitalism ever had.

Why use Marxist terminology and assumptions if you are not also a Red? Is there sarcasm there, or just intellectual laziness? Arturo was at Berkeley and we know what goes on there. But here, he describes "autocratic" Russia as "pre-capitalist" and then explains, quite inaccurately, that it had to be dragged into the "20th century" by a "socialist" Revolution. about:blank

In reality, the Red Revolution which Arturo is praising here as something which brought the Soviet Union to the Twentieth Century, actually put Russia back at least fifty years. Pre-Revolutionary Industrial growth in Russia was such that it was poised to outproduce Germany by the twenties, had not the First World War and the Russian Revolution not happened. Read the link to an exhaustive article on Industrial Growth prior to the Revolution: Actual estimates put Russia at about seven percent annual growth, lagging behind the USA by about five times, but closing the gap. [The Rate of Growth of Industrial Production in Russia, 1887-1913 in pdf]
Posted by Tancred at 8:55 AM