Yale Comes to Minnesota and Talks about God and Man 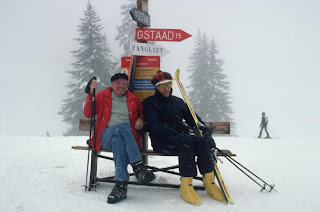 Reading this morning, it looks like Stella Borealis' image and story has made it up to National Review. Look, you don't have to have a Yale degree and snazzy CIA connections to know that the Democrats are the party of hatred for religion.

They have apostate Catholic Tim Pawlenty saying this:

Alex Conant, spokesman for Minnesota Governor Tim Pawlenty’s Freedom First PAC, responds to the mailing with the observation that “Minnesota Democrats know they’re about to lose — and lose badly — but that’s no excuse for this sort of partisan and misleading mudslinging.”

Far be it from us to join in on the fun. We have no love for the National Review here and even less love for the legacy of William F. Buckley who hated his conservative Irish Catholic constituency anyway.

We think it's safe to say that however politicizing prelates and their allies in either political party play these games, that it should be clear to everyone that the Democratic Fifth Column Party is a definitive force for the alienation of property from property owners in the name of a fabled great society.

Word to the wise for true Catholics everywhere. Democrats may despise you, but Republicans use you.

Hey Kathryn Lopez, at least you could give the originators of the story some credit here. Ray Marshall is the one who broke the story and provided the mailer from one of his correspondents. Thanks to Ben Smith at Politico for the citation too, and making us aware that the neo-Cons at National Review had covered the story, too.

Democratic party members may cry foul on the origin of the photo and its intent, but they are, as a party, in love with hating the Catholic Church. Moreover, it's really hard to get away from the convenient duality and symbolism of the Roman Collar which reminds us of Ludwig Wittgenstein's famous Duck Rabbit: 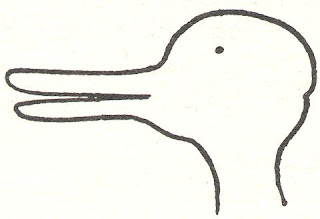 We are in a war, and just like with our WWII alliance with Uncle Joe, sometimes you have to work with people that you would rather not tipple or sup with.