Is Everyone at the New York Times a Moron? Celebrating the Feast of the Chair of St. Peter. 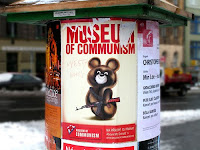 Hmm, perhaps, but you probably become one if you subscribe to the New York Times. We're going to celebrate today's feast of the Chair of St. Peter, and also the teaching authority of the Church and the Magisterium, by ridiculing the Pinchy Sulzberger's artless, unabashedly pro-depravity rag, the New York Times. We also know that the New York Times has an air of infallibility, but how often have they got it wrong, and for good money too? People keep lining up! Extra! Extra! Reading all about it! Step right this way folks! Get your liberalism here, it grows you new stem cells and frees you from the guilt of doing bad to your neighbor! Go away son, you bother me.

When Pope Benedict XVI approved a decree last month that nudged nearer to sainthood his controversial wartime predecessor, Pius XII, he sparked another round of the sort of Jewish-Catholic disputations that have marked his papacy, and even cast doubt on whether his trip to Rome’s main synagogue, set for Sunday, would go on.

This whole bruhaha has all of the earmarkings of a "spontaneous" demonstration in the Soviet Union to celebrate Misha's Birthday in 1979 as part of the Olympic Games being held at Moscow during their ill-fated Afghanistan Invasion.. For those of you who don't know, Misha was the big bear maskot that was part of an attempt to improve the Soviet Union's image in the face of its anti-Jewish pogroms, gulags and invasion of sovereign nations.

Here's what the Catholic Encyclopedia says about the Holy Chair, tracing it back closer to Apostolic times than might be comfortable for most protestant apologists, atheists and other non-believers:

From the earliest times the Church at Rome celebrated on 18 January the memory of the day when the Apostle held his first service with the faithful of the Eternal City. According to Duchesne and de Rossi, the "Martyrologium Hieronymianum" (Weissenburg manuscript) reads as follows: "XV KL. FEBO. Dedicatio cathedræ sci petri apostoli qua primo Rome petrus apostolus sedit" (fifteenth day before the calends of February, the dedication of the Chair of St. Peter the Apostle in which Peter the Apostle first sat at Rome). The Epternach manuscript (Codex Epternacensis) of the same work, says briefly: "cath. petri in roma" (the Chair of Peter in Rome).