Why Australia (and Canada too) is better off with a Monarchy

This Essay was published earlier by Charles Coulombe and it contains an apologia for Monarchy. It attempts to awaken an appreciation for its deeper religious significance and therefore, it's importance for society as a whole, even a society dominated by republican sentiments and political mechanisms as the Commonwealth is.

"Whereas the People of New South Wales, Victoria, South Australia, Queensland, and Tasmania, humbly relying on the blessing of Almighty God, have agreed to unite in one indissoluble Federal Commonwealth under the Crown of the United Kingdom of Great Britain and Ireland, and under the Constitution hereby established." 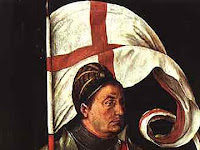 The character of Kings is sacred: their persons are inviolable; they are the anointed of the Lord, if not with sacred oil, at least by virtue of their office. Their power is broad - based upon the Will of God, and not on the shifting sands of the people's Will ... They will be spoken of with becoming reverence, instead of being in public estimation fitting butts for all foul tongues. It becomes a sacrilege to violate their persons, and every indignity offered to them in word or act, becomes an indignity offered to God Himself. It is this view of Kingly rule that alone can keep alive in a scoffing and licentious age the spirit of ancient loyalty, that spirit begotten of faith, combining in itself obedience, reverence, and love for the majesty of Kings which was at once a bond of social union, an incentive to noble daring, and a salt to purify the heart from its grosser tendencies, preserving it from all that is mean, selfish, and contemptible. (P J Joyce, John Healy, pp 68-69).